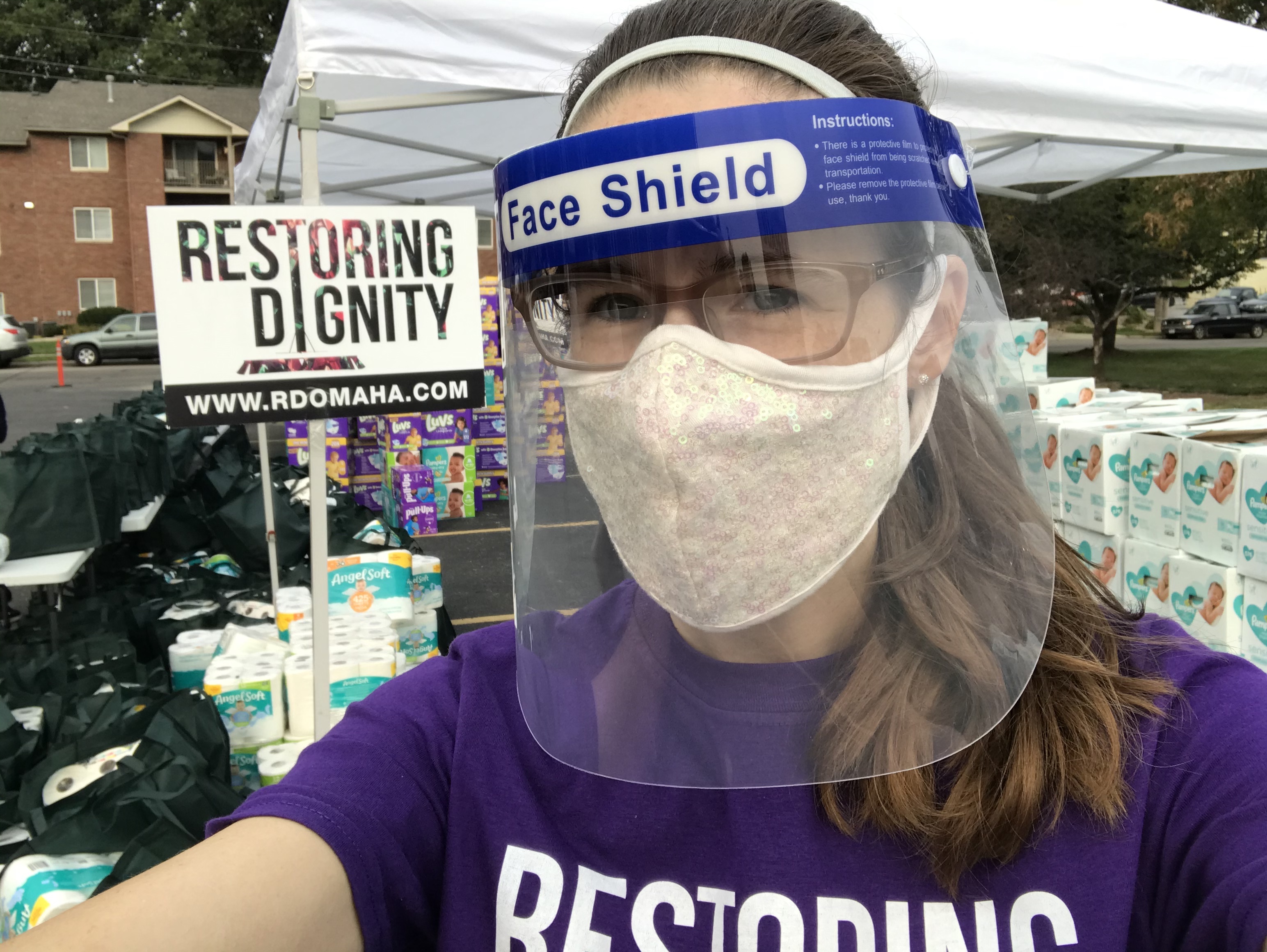 In the midst of the pandemic, Amy Keller ’07 found herself considering the importance of her home. As we all were confined to our houses during quarantine, she began wondering “What is home and how do we get there?” This simple question led her to research the refugee experience.

Years before anyone had even heard of COVID-19, Amy was a model Mercy Monarch. She got involved in an array of activities from theater to pep club. “You try new things, and you can do that in an environment where you’re allowed to fail,” Amy said of her time at Mercy.

Amy also developed a passion for social justice thanks to the influence of Sr. Jeanne O’Rourke. “My locker was right by her office,” Amy said, “and our friendship just grew from there.” Between Sr. Jeanne and Mercy’s Theology classes, Amy began learning all about the ways we can make the world a better, more just place for all. She carried this focus on justice with her through college.

“Because of my Mercy education, I was always thinking about Mercy,” Amy remembered. “I kept thinking, ‘How can I use that information I gathered for another year?’” In an effort to stay connected to the Mercy community after she graduated, Amy signed up for every Mercy-related email list she could think of.  She joined Mercy Volunteer Corps in 2011, and by 2013 joined Mercy Association.

In January of 2019, Amy saw an email in her inbox from Mercy International Association, an organization inspired by the Sisters of Mercy to foster the mission of Catherine McAuley in the modern day. The email mentioned that the Association was forming the Mercy Global Action Emerging Leaders Fellowship (MELF) to create a space for women who were interested in addressing social concerns on a global scale. Amy was intrigued by the opportunity and applied. After rounds of interviews, she was selected as part of the first cohort.

Amy found herself grouped with women from around the globe including Papua New Guinea, Australia, Ireland, and Peru. The group communicated every month about different topics related to social justice and the Sisters of Mercy’s Critical Concerns. Additionally, she was assigned a Mercy mentor, Sr. Marie Micheletto ’57, who Amy describes as “a dear, close friend.” Throughout these conversations, Amy found herself becoming more concerned with the situation of refugees in the United States.

In an effort to learn more about refugees living in Omaha, Amy began volunteering with Restoring Dignity. This nonprofit was founded by another Mercy alumna, Hannah Wyble ’05, with the goal of advocating for the refugee population.

In August of 2019, Amy and the rest of her volunteer cohort went to Cambodia to meet as a group and continue discussing the ways that the lay community could further the social justice causes of the Sisters of Mercy. In March of 2020, they were set to meet again in New York City to attend the United Nations Commission on the Status of Women. As the pandemic became increasingly prevalent, this trip was shortened to allow for everyone’s safety.

Stuck at home, Amy began musing on the idea of “home” and how it relates to the refugee experience. This became the basis of her Fellowship research project. Amy began by asking her friends and the refugees she met to complete the sentence “Home is…” Based on their responses, she noticed that the answers fell within Maslow’s Hierarchy of Needs. Amy began researching how to address those lower-level needs. She put together a set of resources that include opportunities for employment and local organizations that will provide refugees with the assistance they need to begin to establish their own homes in the United States.

In February of 2021, Amy presented her final research project, “What Is Home and How Do We Get There?” to members of the Mercy community throughout the world. As a ‘graduate’ of the first cohort of the Mercy Emerging Leaders Fellowship, Amy is now working with the 9 other graduates to determine next steps. “We want to keep that spirit alive,” Amy said.

To learn more about Restoring Dignity’s Mission and to volunteer with our newest neighbors, please check them out at https://rdomaha.org/

To see all the research collected by the fellows, including Amy’s work, click here. 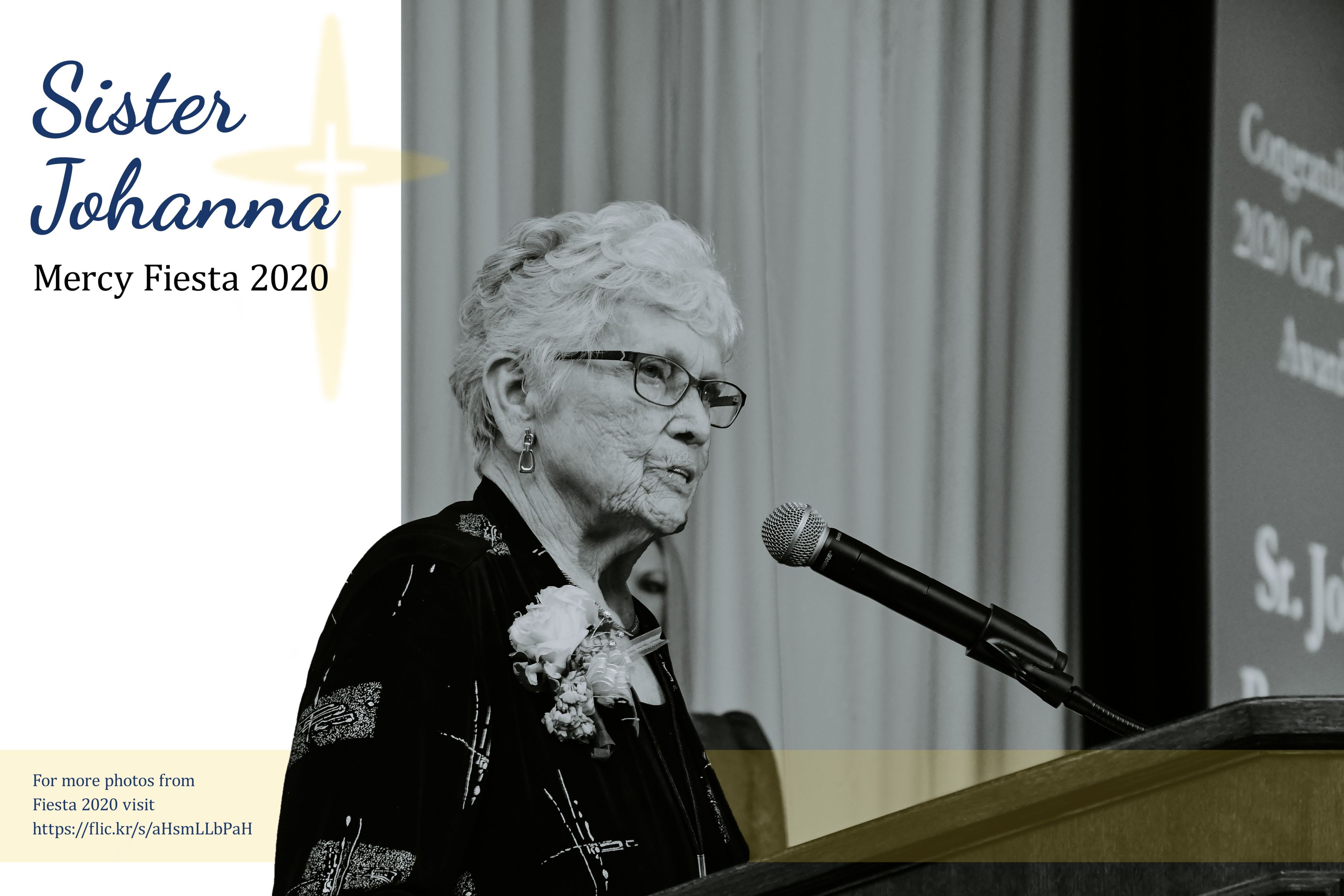