Kayla Thomas-Haire ’93, Media Relations Coordinator at Nebraska Medicine, is the Mistress of Ceremonies for FIESTA 2021. The long-time communicator worked in television news as both a reporter and producer for 21 years before joining Nebraska Medicine in 2018. One of her fondest Mercy memories is being named state speech champion her junior year with an entertainment speech that focused on not stereotyping blonds and their abilities. Those skills led her to a successful career in broadcast and communication. Her mother, Lynda Lacoma Thomas ’65, went to Mercy and her sister, Holly Thomas, graduated in 1992. 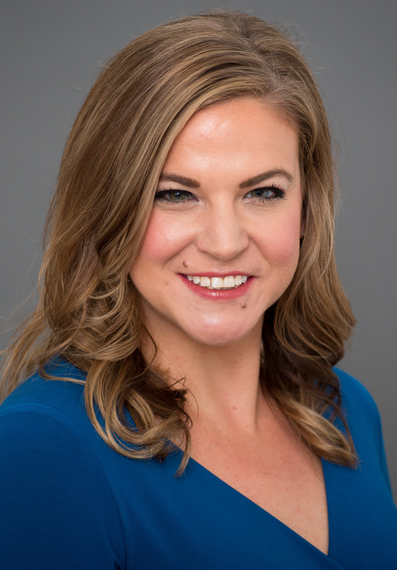 As part of her emcee duties, Kayla will be navigating new terrain as FIESTA goes virtual for the first time in the school’s history because of COVID-19. Her communication acumen will be instrumental in presenting taped and live segments during the event’s live-streaming broadcast. Learn more about these new FIESTA arrangements at mercyhigh.org/fiesta.

She earned her bachelor’s degree in Communications from Loyola University Chicago in 1997. Kayla began her television news career in Illinois, went to several other states as a producer and anchor at other television stations and spent eight years as executive producer of Omaha KMTV’s “The Morning Blend.”

A recipient of numerous awards for her news reporting and collaborative spirit, she serves as a board member for the Douglas County Historical Society.  The mother of two tries to attend as many Mercy events as she can and also supports the school by sharing her love of Mercy through social media.

“I will always be a Woman of Mercy at heart. Mercy helped shaped me into who I am today,” she said.