The Journey was Worth It! 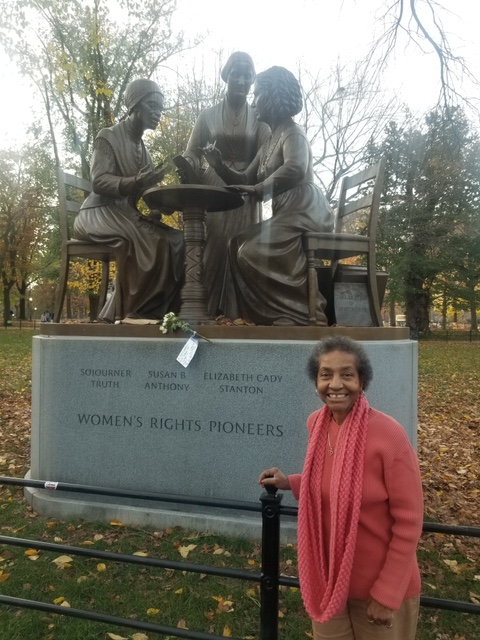 For Barbara A. Young ’57, her journey to Mercy was just that, a journey.  For two years, she took the bus from her home near St. Benedict the Moor Parish in North Omaha to St. John’s on Creighton University’s campus.  In 1955 when Mercy moved to its current location, Barbara added an additional bus transfer to and from school. In her  words, “Mercy was worth it!”

Her parish pastor, Fr. John J. Killoren, S.J.,was a family friend and was considered almost an uncle by Barbara and her siblings.  He encouraged her to attend Mercy.  She skipped a year in grade school so was a very young high school student, but that did not stop her from being involved in everything the school had to offer including speech, drama and theatre.  She met many good friends, including her friend to this day, Maureen McGrath ‘57.

Barbara matriculated to the College of St. Mary and graduated with a Bachelor of Science degree in Medical Record Library Sciences. She turned that into an extended  career when, in 1968, she began to work for the Veterans Administration as Chief Medical Information Section at the VA Center in Manhattan. While there, Barbara embarked upon graduate studies by attending evening classes at Baruch College/City University of New York from which she earned a Master of Public Administration (MPA) degree.   She continued her Veterans Administration position until her retirement in 1999.

She then got her feet wet in politics by working as a Policy Analyst for Manhattan Borough President C. Virginia Fields. During that time Barbara researched healthcare programs for uninsured persons throughout the country.  Subsequently, when Ms. Fields ran for mayor of New York City, she hired Barbara as her Coordinator of Campaign Volunteers.

Ms. Fields did not win the election, but this experience motivated Barbara to continue working, so she was hired as a Career Specialist at the John Jay College of Criminal Justice/CUNY where she counseled students and shared her knowledge of and experience with career issues as a manager and a staff member.  She continued in this capacity for ten years.

Barbara, her younger sister Audrey, and older brother Webster still own and maintain the house they grew up in and return to Omaha every August to gather with friends and family.  They make sure that the adjacent yard where a home garden was maintained (the pride and joy of their father) is cared for during the spring and summer months.  Barbara remains active in the Alpha Kappa Alpha Sorority.  She was initiated by Omaha’s city chapter, Gamma Beta, when she was a sophomore at the College of St. Mary Chapter of the Alpha Kappa Alpha Sorority.