Service Through Acts of Kindness

Jessica Cannon Rempe ’96 learned in her years at Mercy High School that service is a humble way of giving gratitude for the things that God has given us.   In 2016, the Mercy graduate started the Secret Kindness Agent Family Chapter as a parent at St. Columbkille school.  Her efforts have made national news. In February 2020 she and her husband are will be flown on the Ellen DeGeneres Show, which has a viewership of 4.2 million, to be recognized for the program.  It is one of 10 efforts being honored through Ellen’s  One Million Acts of Good. 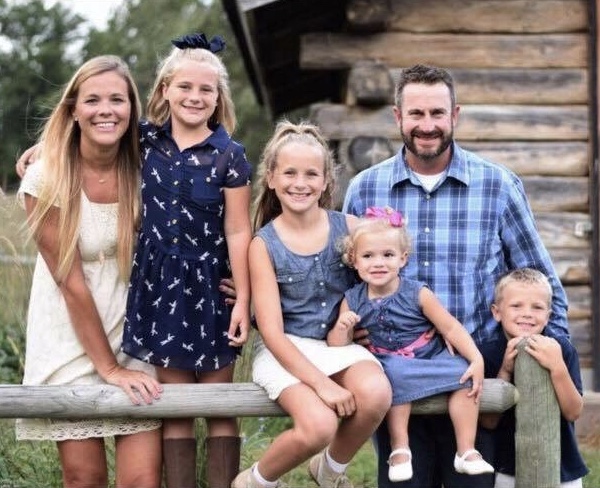 “As a mother of four, I wanted to find a way for families to work together to participate in random acts of kindness for the betterment of others.  I had heard a speech by Ferial Pearson, the founder of Secret Kindness Agents Projects, and I adapted her program into family service mission.  Ours is one of many groups worldwide. All ages participate from toddlers to grandparents,” she said.

The first event was painting rocks with positive messages in a local park. The response was overwhelming, and the movement began. The program has grown through social media (there is a special group Facebook page) and word of mouth.

“Kindness missions are originated by our members, usually having to do with someone or something that is developing in their life. Other missions can be determined by local events or tragedies,” she said.  Her group made pinwheels in Gretna after several students died in a car accident this past year.

“My love of service began at Mercy.  In learning about the Sisters of Mercy and Mother McAuley, I learned that the world is much bigger than me,” she said.

“I was drawn to Mercy because it was a smaller, all-girls school since I was a quiet, shy student during my grade school years,” she said.

Jessica took part in Volleyball, Basketball and Track for all four years.  She was also involved in journalism as a yearbook editor, junior class secretary, an EMHC and in National Honor Society.  Her classmates chose her to be a Nocturne Princess as a junior.  She also participated in Habitat for Humanity and the work study program in the summer months.

“I was struck by the feeling of family at Mercy.  It was really about the little things...classmates, teachers and coaches who were there for me and wanted the best for my future. At the time I didn’t realize the little things were the big things.  At Mercy, I was given a gift I knew I needed to pass along,” she said.

After graduation Jessica attended the University of Nebraska-Lincoln and earned a Bachelor’s Degree in Education.  She received her Master’s Degree in Speech-Language Pathology from the University of Nebraska Omaha in 2002. Since then she has been working full time as a Speech-Language Pathologist for Omaha Public Schools.  She and her husband, Jim, have four children who attend St. Columbkille.

“Mercy had a huge impact on me socially, academically and spiritually. My years at Mercy taught me how to interact with people on a level of kindness no matter what they are going through,” she said.

Thanks to that Mercy education Jessica is passing acts of kindness along to others.