Mercy is Her Family

“Mercy High School is a true family,” said Siryeya Belton ’09, Children’s Pastor for Dream City Church. Raised by a single mother, Siryeya found a sisterhood, a community and many lifelong friends at the school. 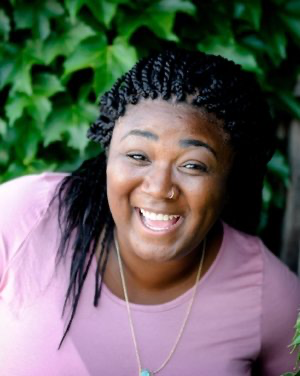 “The strong foundation of love at the school, coupled with the commitment to a faith-based education, helped me understand who I was and my purpose in life,” she said.

When looking for a high school to attend, Siryeya originally thought she might go to another Omaha all-girls school, but the tuition was too high. At Mercy she was not only given tuition assistance, but when she shadowed, she felt an instant connection to the Mercy community and its deep-rooted Christianity.

A member of Student Council for four years, Siryeya was also a cheerleader during her junior and senior years. Outside of school, she participated in the Upward Bound program.

“I made life-long friends at Mercy. We still get together and I have been part of numerous weddings and helped plan several baby showers,” she said.

Siryeya also became close to her teachers. Mrs. Cathy Kessler, English, became a mentor and was a subject of one of Siryeya college papers. Chris Rosenthal, science, was like a “dad” and taught her how to treat people. Ms. Holly McCoy, Assistant Principal, kept her on the straight and narrow, even when she slipped up.

“I struggled with understanding my faith in high school. I had carefully conceived a box of what a Christian looked like. The faculty, staff and students showed me you could be yourself, with all your faults, and still be full of faith,” she said.

“I actually wanted to be a lawyer, but I did an internship at a local church and knew I was called to do this,” Siryeya said.

She started as the Youth Pastor and took over as the Children’s Pastor of Dream City Church in September 2019.  Her duties include developing lesson plans for Sunday school and Wednesday gatherings for youngsters ranging in age from toddlers to fifth grade.  She also manages the volunteer religious education teachers.

“I know I would not be where I am today without my Mercy family. They taught me to love myself and to treat others with love,” she said.

Recently Siryeya was asked to join Mercy’s Alumnae Council. She is excited to be able to give back to the school.