Learning to be a Leader

For Marilyn Krajicek ’58, Ed.D. R. N., F.A.A.N., teamwork has been a constant through line in her successful career as a pediatric nurse, professor, and medical researcher. She credits her success to her willingness to learn from others and lead with them in mind. 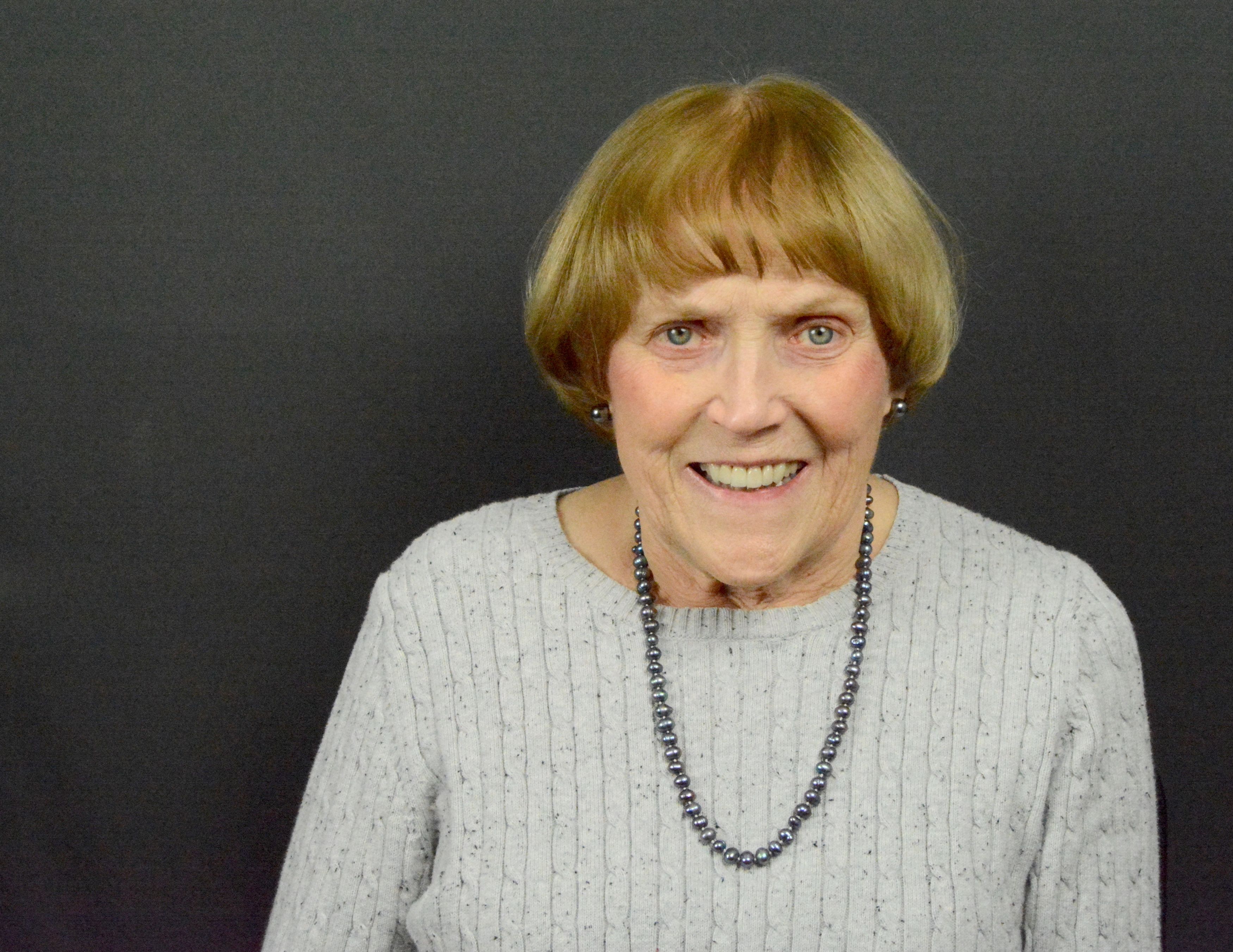 “The things I did at Mercy provided me with the confidence I needed,” she said.

Marilyn was enrolled at St. John’s High School before it merged with St. Mary’s in 1955 to become Mercy High School. While some of her classmates were not excited to move to this new school, Marilyn was thrilled: “I was so pleased to have the navy-blue Mercy uniform.” When she arrived at Mercy, Marilyn came with a can-do attitude and an openness to meeting new friends and having new experiences.

“My friendships were critical,” she remembers of her time at Mercy. “I didn’t have a car, so I either had to get a ride to the activities or somebody had to cart me home.” Marilyn credits her friendships, including her ongoing friendship with former Mercy Principal Sr. Corrine Connelly, RSM ’58 , with making her high school years unforgettable.

As a senior, Marilyn was featured in an issue of the Mercy student newspaper. The 1958 article explains that Marilyn “has made herself and others happier by her cheerful leadership in class activities.” She served as the president of the Mercy Marthas, treasurer of the Christeens, vice-prefect of Sodality, and as a member of the Triple Trio, Glee Club and Greek Club. She was also selected by her classmates to be May Queen her senior year.

Her involvement allowed Marilyn to hone her leadership skills and obtain valuable lessons about relationship building and teamwork. From her time at Mercy, Marilyn realized the importance of working with others. “You can learn from other people,” Marilyn said.

And learn she did. As a student, Marilyn visited state institutions where she met people who had developmental and physical disabilities. From those experiences, she knew she wanted a “career in caring, in working with people with challenges.”

The student newspaper article explained that “Marilyn, who is seldom unsure about anything, replied hesitantly when asked about plans for the future. ‘I’m really undecided, but at the moment I plan [on] a career in nursing.’” Those hesitant plans blossomed into an impressive career spanning five decades during which Marilyn touched the lives of thousands of patients.

Early in her career, Marilyn served as a nurse. In 1965, Dr. Loretta Ford and Dr. Henry Silver created and implemented the first pediatric nurse practitioner model and training program at the University of Colorado Anschutz Medical Campus College of Nursing. Three short years later, Marilyn began working at the University of Colorado in 1968 as the Director of Nursing of the John F. Kennedy Child Development Center. In this role, she worked in the innovative nurse practitioner program.

Marilyn’s research has resulted in numerous publications on topics ranging from childhood obesity to dental health. She has helped develop and led multiple nursing courses for university students and served as an advisor for numerous students in their pursuits of higher education.

She is quick to recognize the importance of teamwork and that good leaders seek out those who can help and provide consultation.

“I have learned that to be successful, you must work with people from different disciplines and backgrounds.  At Mercy you have the opportunity to benefit from different perspectives,” she said.

Throughout her impressive career, Marilyn has been dedicated to creating strong partnerships with her colleagues. She is a strong believer in interprofessional relationships and believes that her time at Mercy made it all possible. “My time at Mercy led me to carry on those leadership skills throughout my nursing career,” Marilyn said.