She has been described as an incredibly generous and service-oriented woman who has brought her compassionate view of the world to everything she does.  This Woman of Mercy, Joanne Stewart ’72, has put her Mercy values to good use, striving for the betterment of the Omaha community.  From her 44-year career in the newspaper business to her volunteer work at local organizations and her parish and community boards, this retiree is not slowing down.   Joanne has been selected as the recipient of the Distinguished Woman of Mercy award for 2020, an honor given by the Mercy High School Alumnae Council.  Her selection will be announced at this year’s FIESTA, and she will be honored at Mercy’s All-School Reunion on June 7, 2020. 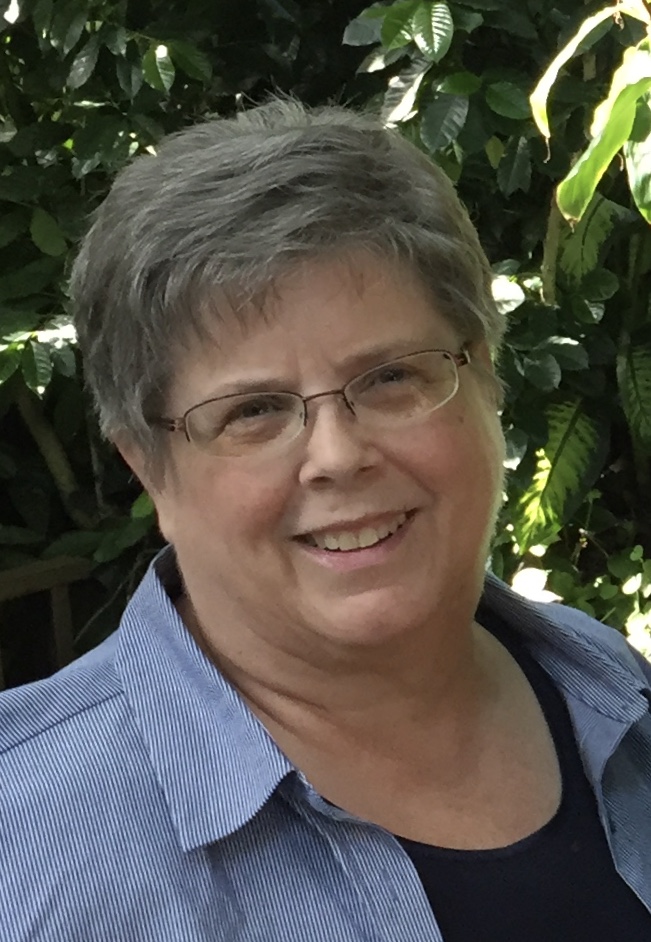 You might say Joanne has journalism in her veins.  Not only was she a reporter, editor and executive at the Omaha World-Herald (OWH), numerous family members have also been involved in journalism.  Her great -grandfather published the Villisca (Iowa) Review. Another grandfather sold ads for the Daily Nebraskan (DN). Joanne’s mother earned a journalism degree from the University of Nebraska where she was the first women to be news editor of the DN. Her father was a sports editor at DN and a sports writer at OWH. A niece is now a reporter at OWH.

Joanne’s passion for journalism was nurtured during her years at Mercy.  She was the assistant editor of the school newspaper, the Mercy Hi-Times, and worked on the yearbook.  She was also the director of the Mercy Day play, the PA announcement and many of her class presentations.  Joanne was active in Speech and Debate in her earlier years but, because of time constraints, chose Journalism as her extracurricular activity during her senior year.

“The former Sr. Kathleen Hodak taught Journalism, and she was an exceptional teacher who fed my passion. I also learned confidence at Mercy and how to be comfortable as a leader,” Joanne said.

Joanne attended the University of Nebraska at Omaha (UNO) where she earned a degree in Journalism in 1976.  But even before her college graduation, she worked part time at OWH at night as a copy messenger. Night Managing Editor Carl Keith mentored her and by her senior year in college, she was working 40 hours a week as a copy editor and reporter for the regional news desk. After graduation from UNO in May 1976, she was hired as a member of the Copy Desk.

Joanne was the first woman to hold a position on the paper’s city desk.  She also held numerous positions during her tenure including night editor, education editor, government editor, day editor; then regional editor, and metropolitan/regional editor (a shared responsibility).  She developed and organized the newspaper’s annual academic recognition program. It started with a focus on metro schools and within two years grew to selection of an Academic All-State Team. Later, the program was expanded to include western Iowa schools. In July 1998, she was promoted to assistant managing editor, a position she held until her retirement on January 3, 2018.

Larry King, a former editor at OWH said of her, “Joanne has put many of us on her back time and again.  She is leaving the place better for being here…through the work she has done and through the journalists she has schooled and mentored.”

But Joanne’s impact reaches far beyond her career. She has served on Mercy’s Board, the school’s Alumnae Council and comes to Mercy once a week to update the alumnae database. In addition, she is a new member of the Outreach Ministry Council on the leadership team at her parish, St. Vincent de Paul, and is a volunteer coordinator for the church’s community food pantry. She also finds time to bake cookies and put together treats for troops through Iowa Cookie Crumbs, serves on her neighborhood HOA board and is president of her local chapter of P. E. O., an organization that promotes education of women and philanthropy.

Joanne has been recognized by numerous groups for her contributions and achievements.  She received the McAuley Award from Mercy’s Alumnae Council, was the Omaha Press Club’s Career Achievement Honoree in 2018 and that same year she received UNO’s Lifetime Achievement Award.

“I am truly stunned that I am receiving this Mercy award, especially in the year the school is honoring Sr. Johanna who is someone I admire and wish to emulate.  Sister taught me the importance of inclusion, being clear about one’s goals and knowing what the end game is and going for it.  The spirit of Catherine McAuley is alive at the school and hopefully, will continue to be alive in me.”