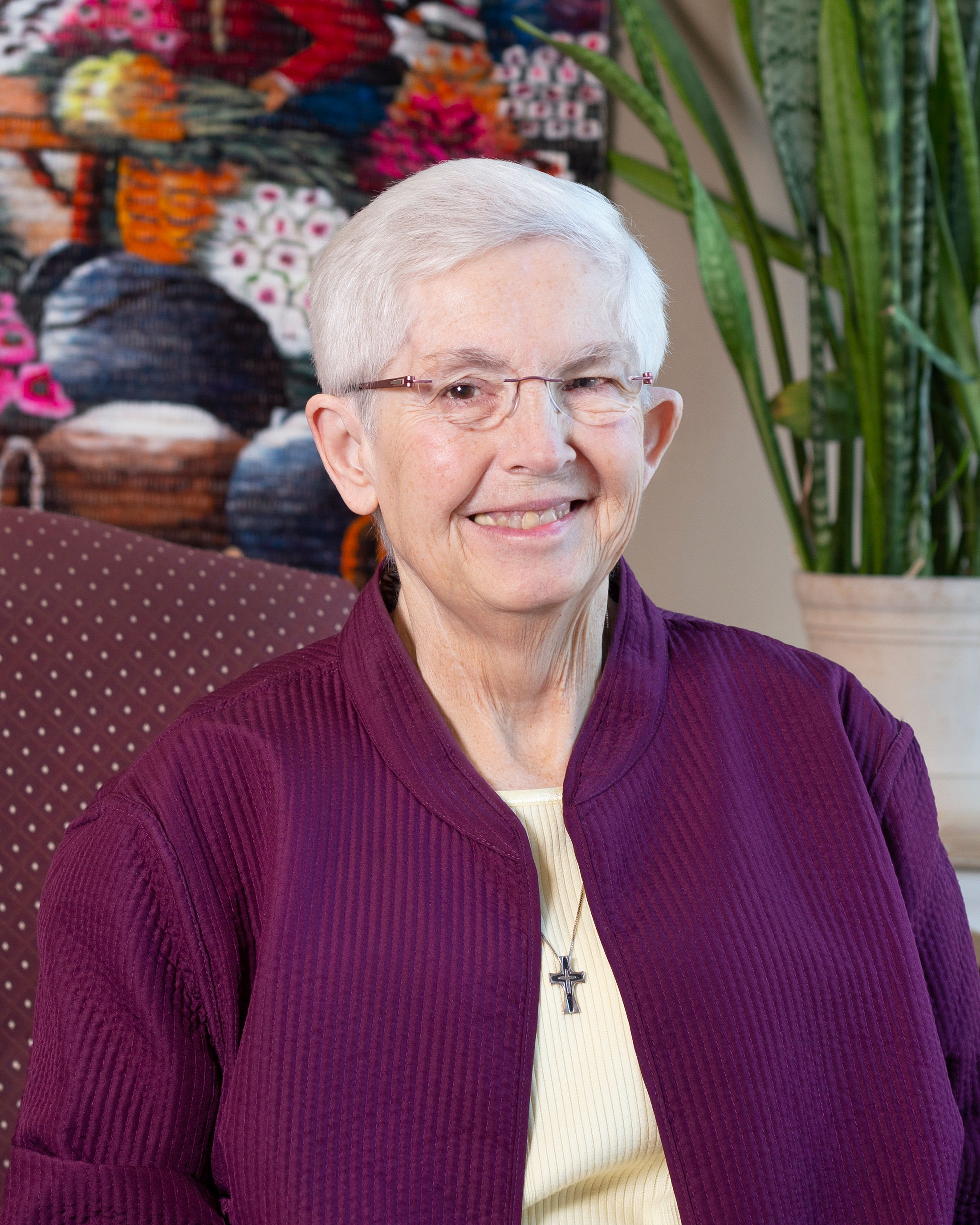 Mercy graduate Sr. Pat McDermott, RSM, ’66 holds the highest leadership position in the Sisters of Mercy community: President of the Institute of the Sisters of Mercy of the Americas.   The Institute has more than 2,400 Sisters serving in education, healthcare and social service ministries in the United States, the Caribbean, Central and South America and the Pacific. The Omaha native, who is also an educator, celebrated her 50th Jubilee as a Sister of Mercy in 2016. Her dedication and commitment to the values of Catherine McAuley were formalized during her time at Mercy High School.

Attending Mercy was a foregone conclusion for the young student whose only sister, Mary Ann Dobrovolny ‘58, attended St. John’s and then moved to Mercy for her last two years of high school .  But the school was a good fit for Sr. Pat.

“The spirit of Catherine McAuley was vibrant in the school, not only from the Sisters there but from the lay faculty as well.  You are encouraged to be your best self and discover the importance of relationships and collaboration.  Articulate young women emerge as a result,” she said.

She recalled that it was a time in history where school was like a second home.

“The educational community had an advanced sense of women spiritually, socially and academically.  The student body lived their faith in concrete ways, especially through a lens of social justice,” she said.

During high school, Sr. Pat enjoyed the creativity of journalism as she worked on the school’s quarterly magazine and learned layout and design.  She also participated in debate.

“Debate was a wonderful discipline.  It encouraged thinking, got you engaged in current issues and increased skills for women who might be competing with young men at debate competitions,” she said.

She also recalls values were practiced and critical concerns were part of the fabric of educational life at Mercy.

When asked about receiving a calling to be a Sister, Sr. Pat explained it was more of a movement in a certain direction.

“At an early age there was a sense of awe and mystery surrounding the Sisters of Mercy whose lives I wanted to emulate.  They had a sense of God that was an essential part of their makeup, which I admired,” she said.

After graduation, she and 18 others entered the Novitiate at the College of St. Mary, receiving their formation while attending classes.  She also studied at Misericordia University in Pennsylvania and received her Bachelor’s of English in 1971. Pat made final vows as a Sister of Mercy in August of 1972. She taught English, journalism and religious education for 10 years at St. Thomas More and at St. Albert’s in Council Bluffs, Iowa. Following that she finished her doctoral studies and taught pastoral theology at The Catholic University of America.

She has spent most of her ministry in Sisters of Mercy leadership positions for more than 20 years.

“As part of the discernment process, you are called to share your gifts with others.  It is somewhat unique that someone would serve this long on the leadership team, but I feel God’s deepest presence in this ministry and it is still a good fit,” she said.

Prior to being elected president in 2011 and again in 2017, she served two terms on the Institute Leadership Team.  She also served as president of the former regional community of the Sisters of Mercy in Omaha from 1990 to 1998 and as an administrative team member for the previous four years.