Helping to bring together families in crisis is a shared mission for Amanda Fulton ‘98 and Paul Tschudin, Technology Director. Foster care helps to provide a safe and stable environment for a child who cannot be with his or her parents for some reason. The need for foster care has reached epidemic proportions as almost a million children are currently in foster care but the number is growing.

Amanda has taken the words of Catherine McAuley to heart, especially Catherine’s call to serve those who are in need.  In Amanda’s case, she sees the goal of fostering children as a way of living Mother McAuley's words as well as fulfilling her dream of being a mom.

She attended Mercy from 1994 to 1998. As a student, Amanda played sports and was involved in theatre, campus ministry, and Student Ambassadors.  After graduation, she attended Texas Christian University (TCU) in Fort Worth, Texas.

Amanda earned a Bachelor of Science in Nursing. She then worked as a pediatric nurse in Rhode Island for 15 months and worked at Nebraska Medicine from 2003-2016.  She worked a few other jobs but returned to Nebraska Medicine in 2017.

“The beauty of nursing is I could choose a variety of ways of providing service through nursing and caring for others,” she said.

Since September of 2017, Amanda has been working at Nebraska Medicine in radiation oncology, which allows her the flexibility to care for her family. 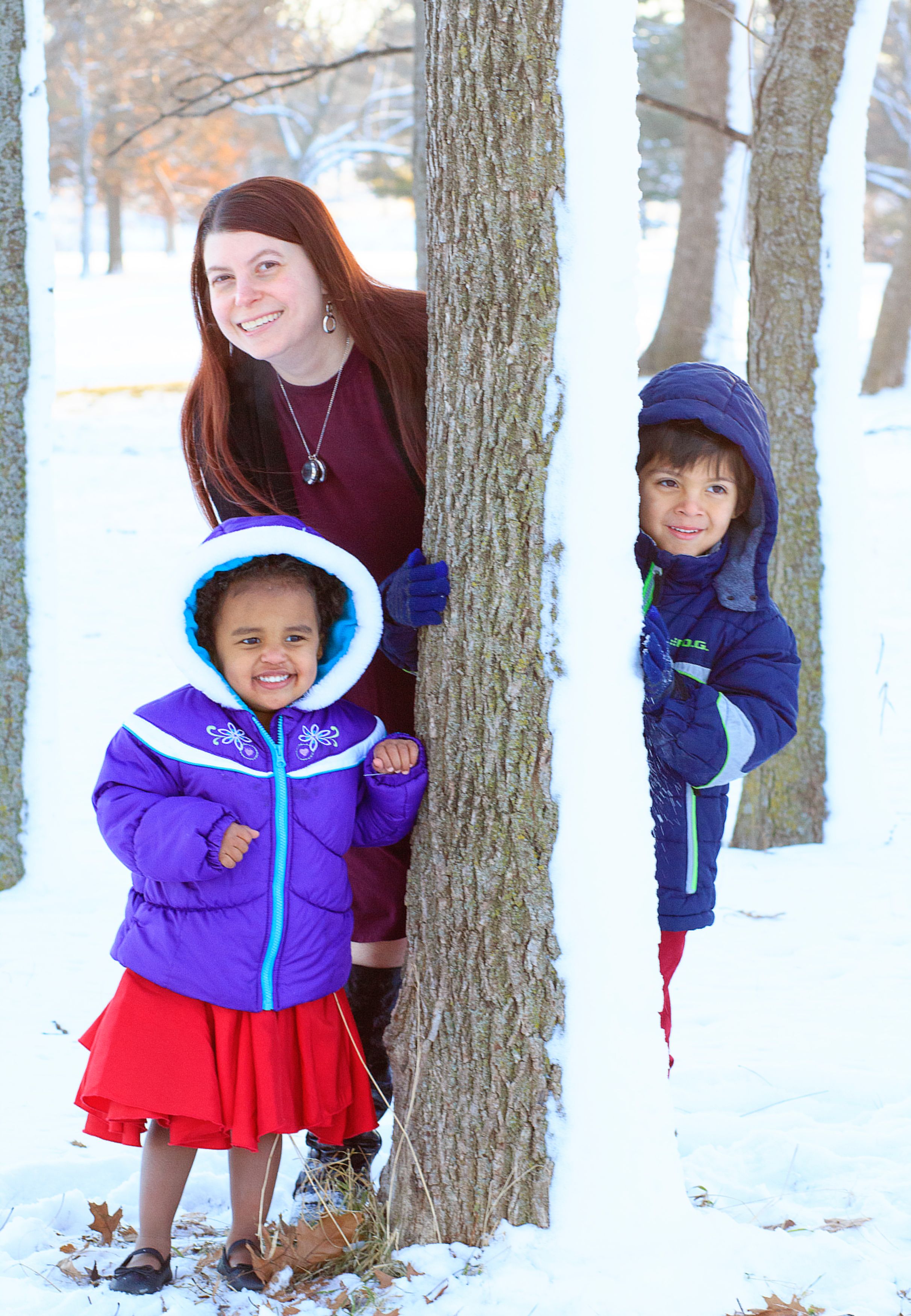 Amanda started the foster care licensing process in 2008, was licensed in 2010, and got her first placement in the summer of that year. Her background in nursing became a real asset as she navigated the health care system for children.  One of the defining moments in her life was when she received a call to care for a newborn baby who was in the NICU.  She met Everett when he was a week old.

“It was pretty much love at first sight even though I knew my time with him could be temporary,” she said.

Thanks to her family and friends, Amanda decided to adopt Evertt in September 2016. He is now in pre-kindergarten at Holy Cross Catholic School in Omaha.
About eight months later, his sister Evelyn came along. Taking her as a foster child was a no-brainer for Amanda, because keeping siblings together as a family helps children feel safe and at home.

Evelyn came to Amanda's household when she was three days old. Although caring for two youngsters as a single mom is often challenging, Amanda again credits family, friends, and Mercy connections for helping her through.  She adopted Evelyn in December 2017.

“I’m lucky to have a nursing career that allows me flexibility to care for my children. Catherine McAuley and women of Mercy inspired me to be an independent, confident  woman, focused on service and dedication while caring for young people.  I could not have done this without my Mercy influence,” she said.

Paul Tschudin’s journey to foster care was different, but his experience at Mercy impacted his decision to be a foster parent.

“Mercy’s mission to inspire young girls to become confident women of Mercy who embody faith, knowledge, and compassionate service is something that I try to live every day at work. But this mission has also seeped its way into my personal life,“ Paul said.

Paul grew up in Papillion and graduated from the University of Nebraska-Lincoln with a degree in Business, Marketing, and Technology in 2013.  He has been at Mercy for five years and earned a Master’s in Educational Leadership from Creighton University in 2017.

As Mercy's Director of Technology, Paul works with classroom teachers on instructional technology and supports the school’s network, equipment, and infrastructure needs.

“My wife and I were at church and picked up a connection card that listed activities we could be involved in together.  The last entry was foster care classes.  We decided to try it. Even though at times the classes were challenging, we stuck with it,” he said.

Soon after they were licensed, they received a placement, and as of February they are in their fifth month of foster care of two young girls.

“It was definitely God’s plan as we got placement so quickly,” he added.

According to Paul, his and his wife’s lives have transformed dramatically.
“Every day my interactions with these girls as their foster dad has been to help them become confident girls who embody faith, knowledge, and compassionate service. Our girls bring us so much joy! We love having them around,” Paul said.