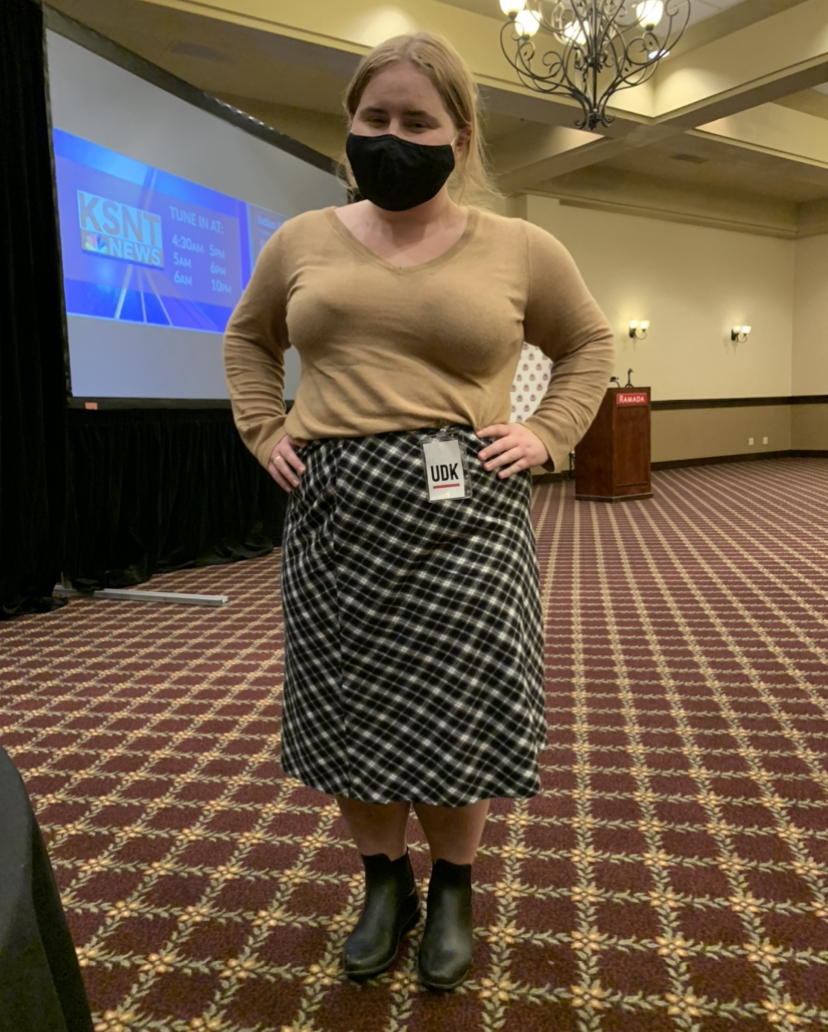 Elizabeth Walters ’20 developed her love of writing during her years at Mercy.  Now a freshman at the University of Kansas at Lawrence, she recently had the opportunity to report on November elections in the state.  She attended an election watch party in Topeka and had several stories printed in the university’s paper, “The University Daily Kansan. “

“Mrs. Coyle was instrumental in my development as a writer.  Her constructive criticism helped me develop my skills and when I graduated, I had moved from first-level English to Advanced Placement English. I also had great experiences in my Convergence of Media in the Digital Age class.”

During her high school years, Elizabeth was in Mock Trial for three years, was Editor-and-Chief of “Tea Time,” Mercy’s online newspaper, her senior year and was a member of the National Honor Society.  During her free time, she taught religious education at Mary Our Queen Parish and volunteered at Nebraska Medicine.

She received an academic scholarship to the University of Kansas where she is majoring in Journalism, in the News and Information track.  Not only has she written for the college’s paper, she has also been writing for the school’s magazine, “Chalk.”

Although there are many good writers at the university, she feels very comfortable because Mercy prepared her both academically and personally.

“Mercy also taught me to be kind and compassionate in my view towards the world.”

Elizabeth hopes after graduation to pursue a career in writing for magazines.

Links to her article 1 and article 2.