“All the world is a stage,” said William Shakespeare. For Daena Schweiger ’87 her career has flourished on that theatrical stage.  From acting to directing to backstage work to writing plays, she has been involved in theatre for more than 30 years in the Omaha area. 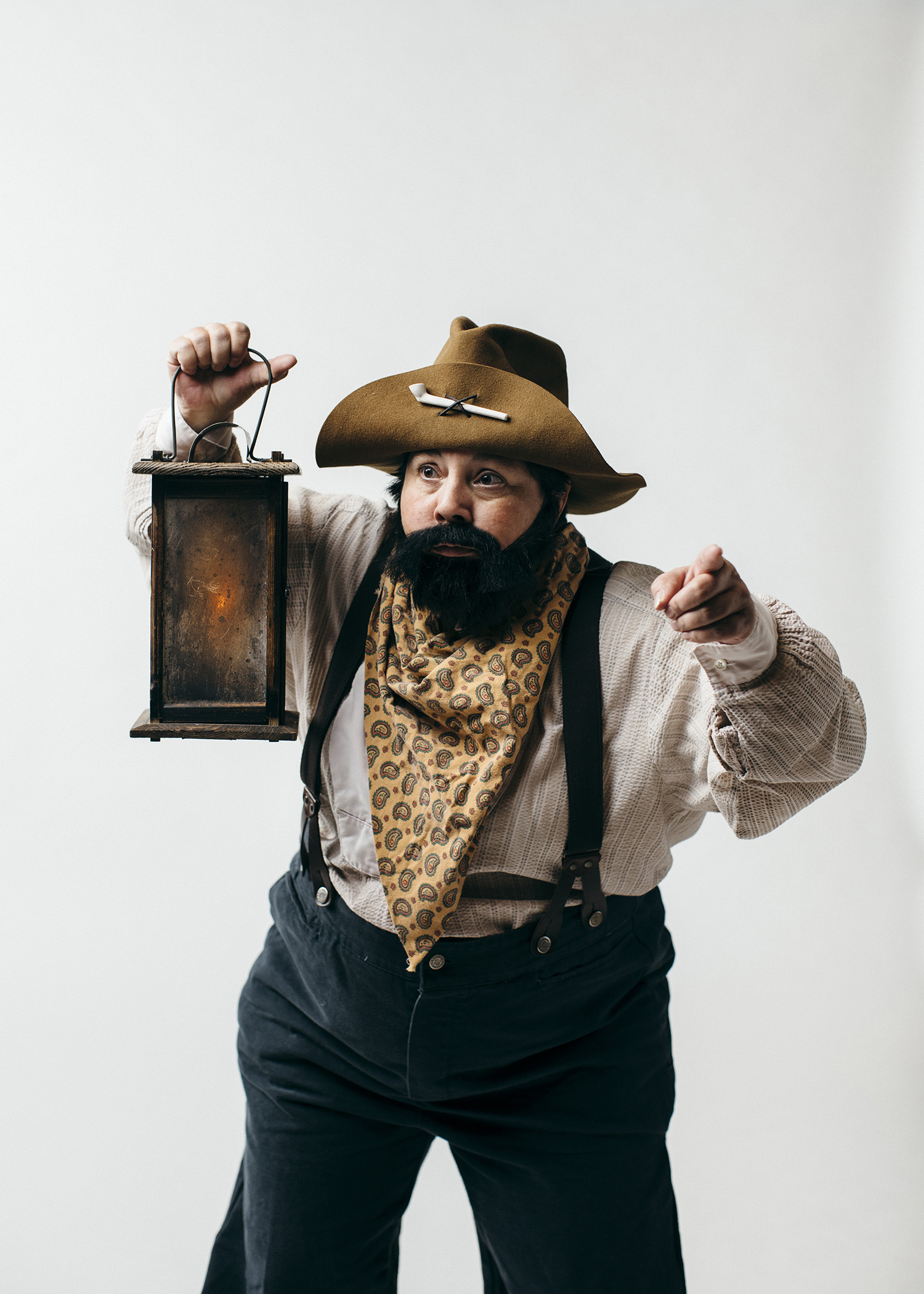 Daena caught the theatre bug as a Mercy freshman and was involved in theatre and speech all four years. She tried tennis and soccer and took several honors classes during high school, but she knew she had found what she wanted to do for the rest of her life on the stage.  Daena is part of a Mercy legacy. Her mother, Pat Schweiger ’64, attended Mercy as well as her aunt, Barbara Schweiger Skalla ’60.

After graduating from Mercy in 1987, Daena attended the University of Nebraska -Lincoln and earned a Bachelor’s in Fine Arts with an emphasis in acting.  She worked as a stage manager at Opera Omaha for eight years as an independent contractor.  For ten years she served as a secretary and business manager of Mary Our Queen Church. Currently, she is an office manager at Melotz & Wilson, LLC, a local tax firm.

“My first love is the theatre, but it doesn’t always pay the bills.  I have been fortunate to have other jobs so I can fulfill my true passion.  At Mercy, I learned about the importance of Catholic faith.  I have always had faith that I could pursue theatre and find other jobs to supplement my income.  Things have always had a way of working out,” Daena said.

The award-winning playwright, actress and director has been part of many Omaha-area productions.  Her writing credits include numerous one-act plays, and two full-length plays:  “Love is Strange” and “Voices From the Closet.” She has directed over 20 plays and musicals, including “Now. Here. This.” at Creighton University; “Clue: The Musical” for Bellevue Little Theatre; “Avenue Q” for SNAP! Productions; “Jesus Christ Superstar” for Chanticleer Theater in Council Bluffs; “The Great American Trailer Park Musical” for BroadStreet Theatre Co.; and “Eating Raoul” for the Shelterbelt Theatre.

Daena is also a frequent performer onstage, appearing in “The Resistable Rise of Arturo Ui” at the Bluebarn Theatre; Montressor in “The Cask of The Amontillado for Tales of Poe” at Joslyn Castle; Claire in “Proof” for Baby D Productions; Reggie in “The Laramie Project” for SNAP! Productions; and Jeanette d’Arcy (Joan of Arc) in “Daughter of the Tree” at the Hudson Guild Theatre in New York City.  Most recently, Daena was part of the cast of the Omaha Community Playhouse production of “Men on Boats.” Directed by another Mercy alumna, Amy Harmon Lane ’86, “Men on Boats” told the story of the John Wesley Powell expedition to map the Grand Canyon. All the roles were written for and portrayed by women.  Daena received recognition for her work in this production from The Omaha Community Playhouse, the Theatre Arts Guild and  the Omaha Entertainment and Arts Awards Academy.

Daena hosts her own podcast called “Thank You 5” where she spotlights the vibrant performing arts community in Omaha by interviewing local theater artists. She is also an established audiobook narrator.

Although she does not have much free time with her hectic schedule, Daena still has friends from her years at Mercy, keeping in touch with them on social media and at the occasional breakfast or dinner.

“Literally I made my best friends at Mercy,” she said.

Her first love, her theatre career, continues to blossom.  Daena will be directing “Joseph and the Amazing Technical Dreamcoat” this spring at the Chanticleer Theatre.