A Desire to Help People

Her nonprofit may have been created by accident, but after six years that organization, Restoring Dignity, was recently given 501(c)3 status.  Hannah Wyble ’05 is the company’s only full-time employee, but there are thousands of volunteers who support its mission to help refugees. 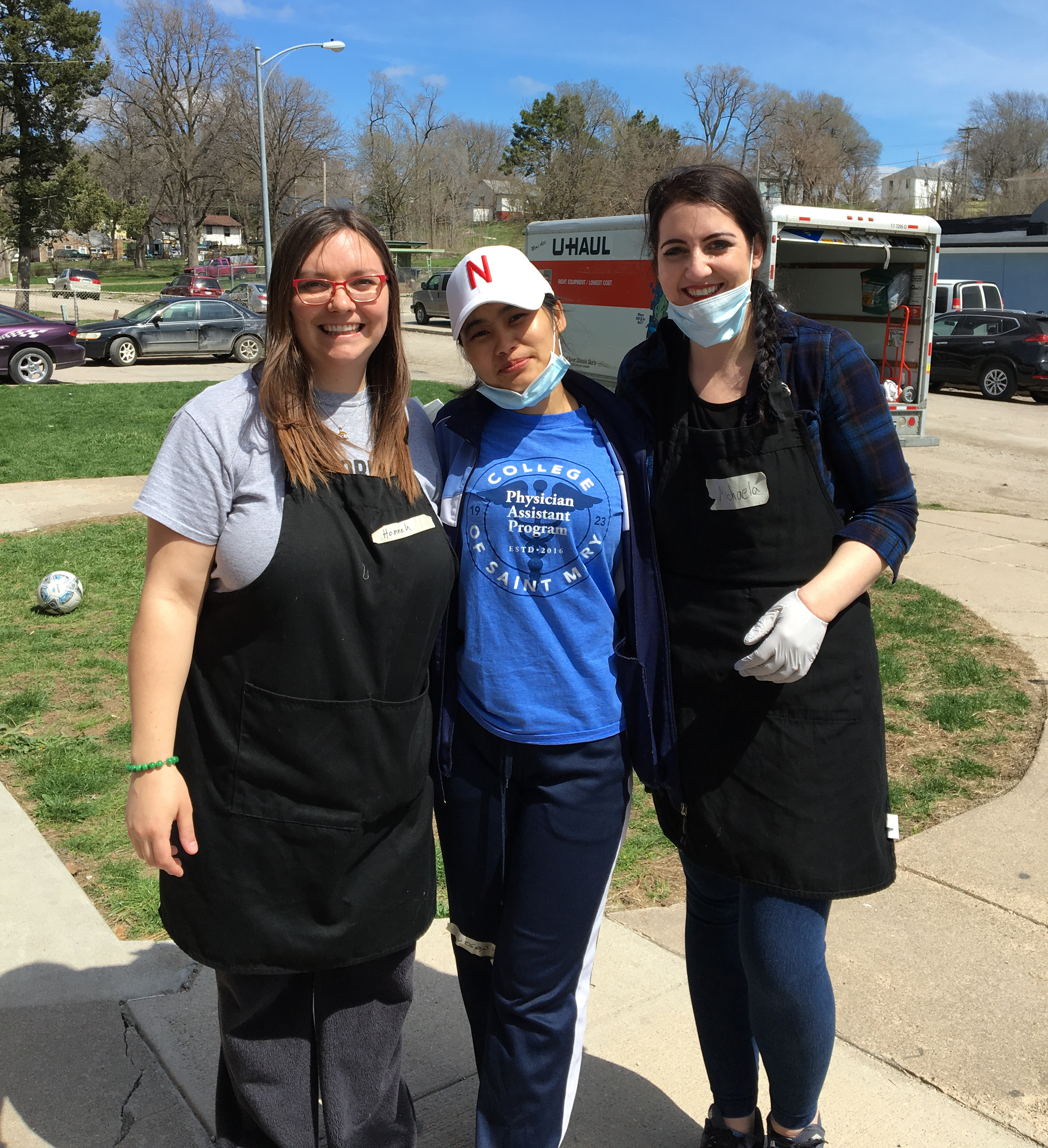 “Back in 2012, I was at the Salvation Army and working with some Sudanese girls. Their house was substandard; there were two towels for a household of five and deplorable conditions.  I asked the question, 'Couldn’t we do something about this?'  A cousin of the family and I started reaching out to people online and hundreds of donations and volunteers who wanted to help came pouring in. Our organization was born,” Hannah said.

“Mercy gave me the proper soil to grow my desire to help people,” she said.
Service is something that comes naturally to the alumna who attended Mercy from 2001 to 2005.  She decided to go to the school after touring the school with a friend.

While at Mercy she was on the Student Council for four years, active in theatre, participated in Cross Country and debate.  She helped start a science fiction and fantasy club and remembers dressing up as characters from "Harry Potter” and “Lord of the Rings.”

“Mercy had a great atmosphere.  You could be who you wanted to be.  There were many unique opportunities. I was even able to start my own club,” she said.
After her graduation from Mercy, Hannah went to Creighton University where she earned a degree in Social Work in 2009.  She worked for Alegent Health for three years. She decided to go to the University of Nebraska Omaha, started studying for a medical degree, and was accepted to St. Louis Medical School.

“Pursuing a medical degree was not in the cards. My fulfilling experiences working with refugees were a signal that this type of work was meant for me,” she said.

As a volunteer, Hannah was putting in 70 plus hours at Restoring Dignity and last year became a permanent employee.

“Refugee families reach out to us with tragic stories of need and the need is growing. These refugees have fled to our country because of genocide or civil war in their homelands.  But often when they get here, the substandard housing they are forced to live in is horrendous,” Hannah said.

Her organization has advocated for housing changes in Omaha and testified recently to get mandatory inspections for rental properties.

“Mercy opened my eyes to social justice and helping the poor. That theme of compassion and service is not witnessed often in other high schools, and I am glad that desire was nurtured in me at Mercy,” she said.

P. S. If you are interested in volunteering with local refugee families, Restoring Dignity is always looking for help! You can sign-up to help at: www.rdomaha.com