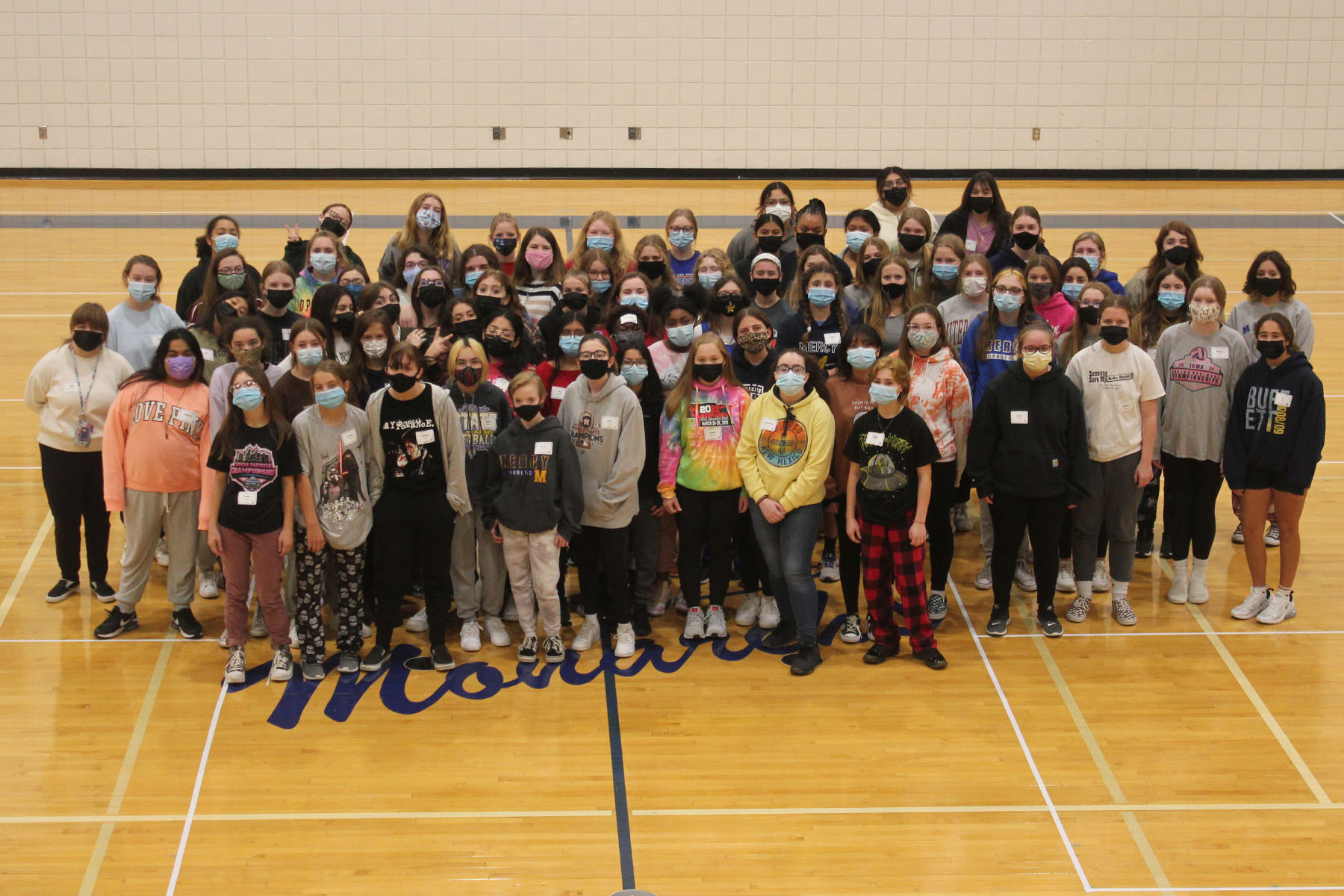 Over the span of two days, the Class of 2025 will gather together for games and activities during Freshmen Unity Day. This tradition allows our newest Monarchs to become better acquainted with each other and to develop their identity as a class. Some of their "Part 1" games included:

Race for the Truth - Students stood in a line and took a step forward when a statement applied to them. The first person to cross the finish line won. Statements ranged from "I've lived in Omaha my whole life" to "I don't like chocolate."

Speed Meeting - Freshmen were given prompts to discuss for 2 minutes, and then they moved on to meet their next classmate.

10 Things - students were randomly assigned to groups of 6-8 students. They had to come up with 10 (not obvious) things they had in common.

At the end of the day, freshmen were given the opportunity to write a note to one of their classmates they met that day letting them know they were glad to have met them.