On August 9, Mercy continued a time-honored tradition by welcoming new students amid cheers, shouts of welcome, and applause.  Current students greeted a freshmen class of 107 and several transfers to join the nearly 400 girls in the student body.    The class features students from 38 schools, all socio-economic levels, a diversity rate of 33 percent and girls from out-of-state. 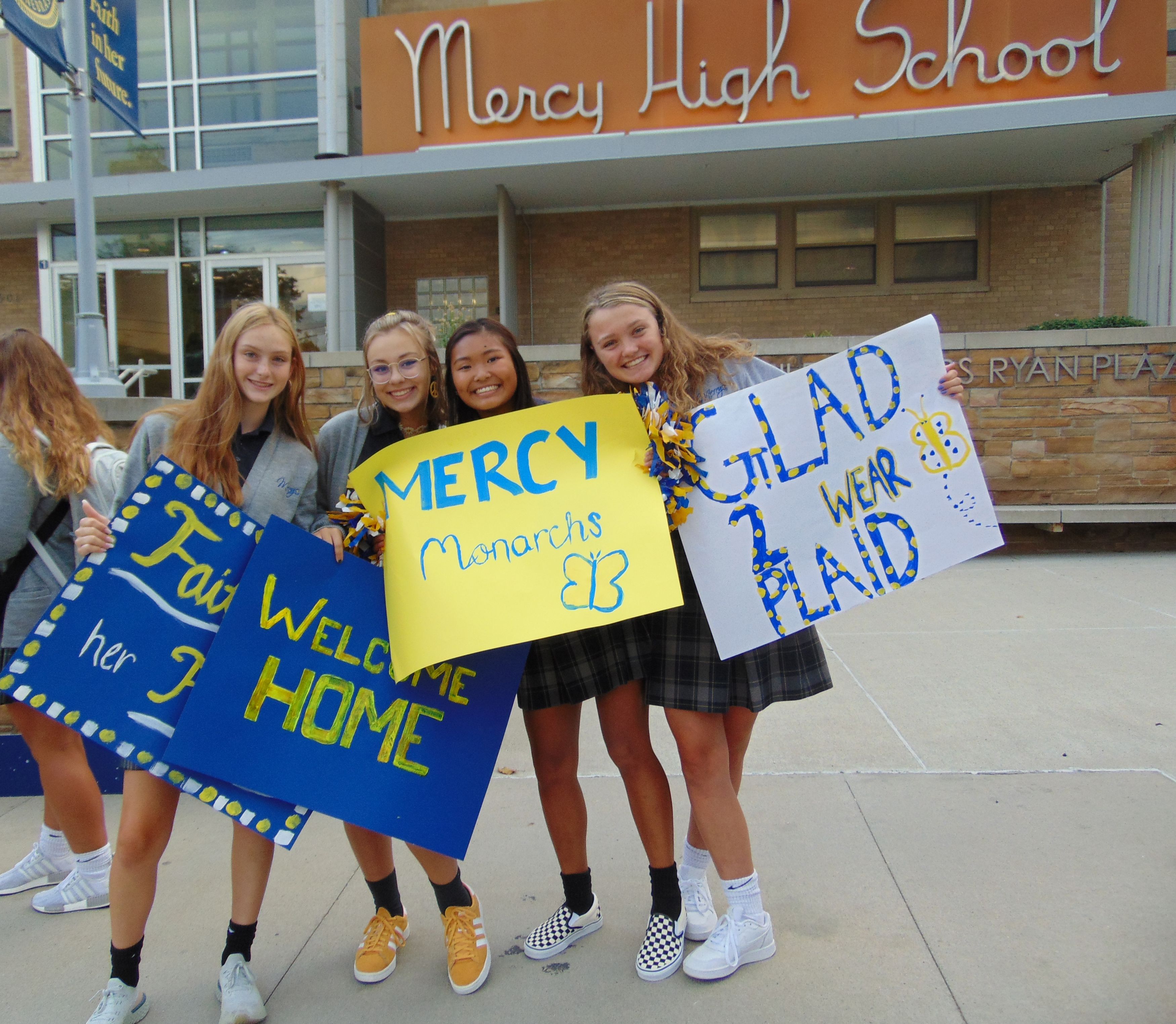 Out student body is reflective of the Omaha landscape and reinforces our belief that students learn best by being exposed to different perspectives.  We are focused on each student’s success with an educational approach that differentiates to individual learning styles,” said Kristi Walters Wessling ’88, Principal.

Building on standardized testing and ACT prep offered through OnTo College with John Baylor, which is offered free to all students, Mercy will be expanding elements of a new initiative called Kaleidoscope.  This immersive leadership coaching program, launched last year, is tailored to each high school year of development, and features strengths assessment, financial literacy, career exploration, skills opportunities and more.

Also new to the curriculum are several additional courses in technology focused on challenging students to explore how computing and technology can impact the world. Added to the world language program is another Spanish course that centers on Spanish in media and literature.  Also new is a beginning piano course.