Kenneth Brannagh, a famous actor and director, once said.  “I come from the theatre; my bones are in the theatre. It's as natural as breathing to want to be in the theatre.”  The same might be said of graduating senior Audra Pflug ’19.  Mercy and Theatre are a family legacy and part of her DNA. 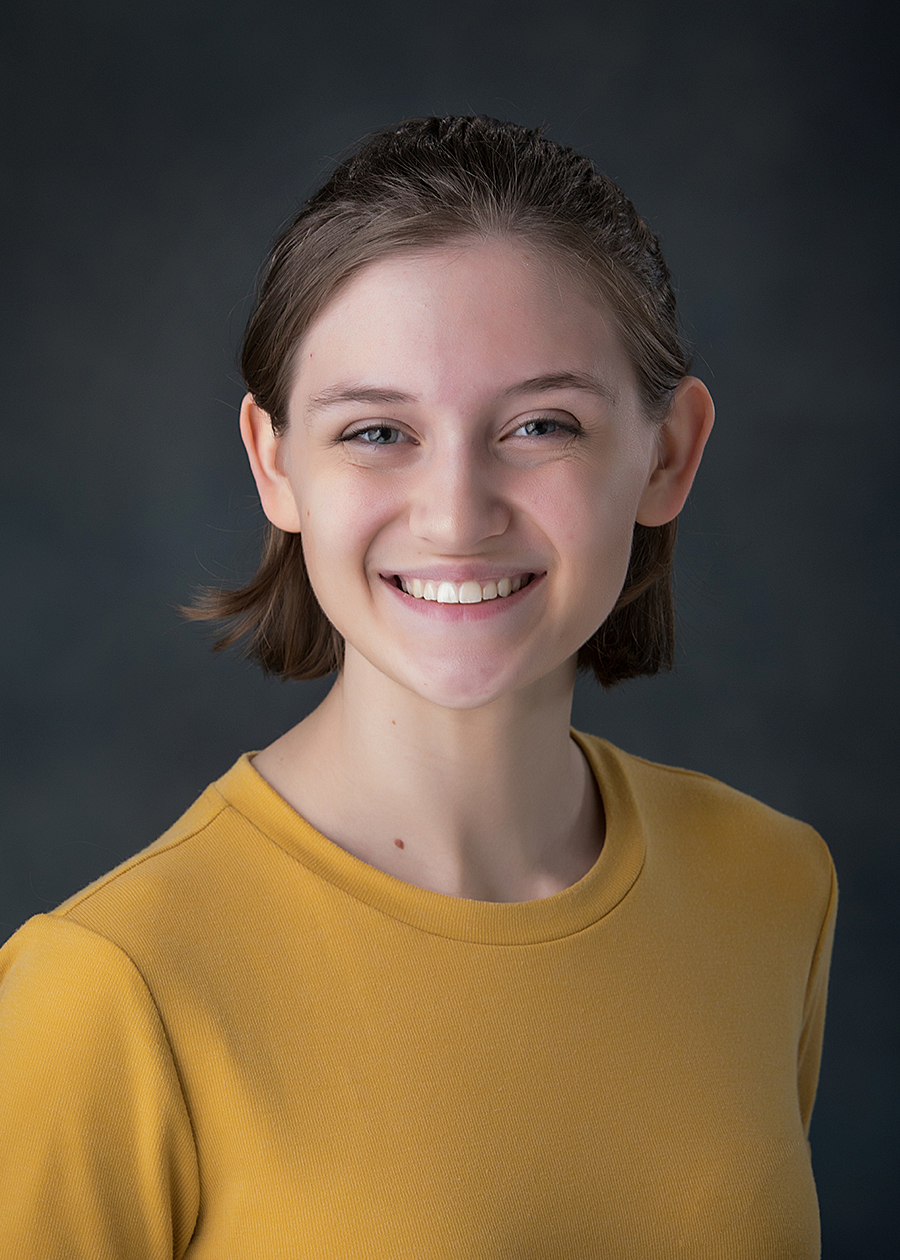 Audra has been in every theatre production during her four years at Mercy.  Her three sisters, Molly ’04, Monica ’09, and Jenny, who attended the school for two years, all were involved in theatre. In fact, Audra’s mother Kathleen Murnan Pflug ’81, met her husband Martin while performing in The Music Man at Mercy.  Audra’s grandmother, Claire Riley Murnan SM ’45, can be seen at every production.  Several of Audra’s aunts and cousins also attended Mercy.

“Ever since I was a baby I would come to shows at Mercy.  At the family dinner table conversations about plays and our love of the stage were the norm,” she said.
This year, the senior played Jack in Into the Woods and John Adams in 1776, The Musical during last year’s theater season.

She enjoys the creativity the stage brings to her life.  She is also a member of the award-winning Mercy High Singers, National Honor Society (NHS), Nebraska Thespians 6395, and was on the Nocturne Court her junior year. Her other great passion is sustainability.

“In Theology we learned about sustainability as a Critical Concern of the Sisters of Mercy. This cause resonated with me and I want to make an effort to stop climate change and what it is doing to the planet,” she said.

Audra will study Environmental Science with a concentration in sustainability at the University of Nebraska Omaha. She received several scholarships to attend college.

“Mercy shaped me into who I am today.  From the moment I stepped through those front doors, I felt I belonged.  The people here are caring and empathetic, and they pass those qualities on to you,” she added.

Because she loves theatre, Audra most likely will continue to be part of stage productions in college.

“It is a huge part of who I am and something I can share with family members,” she said.