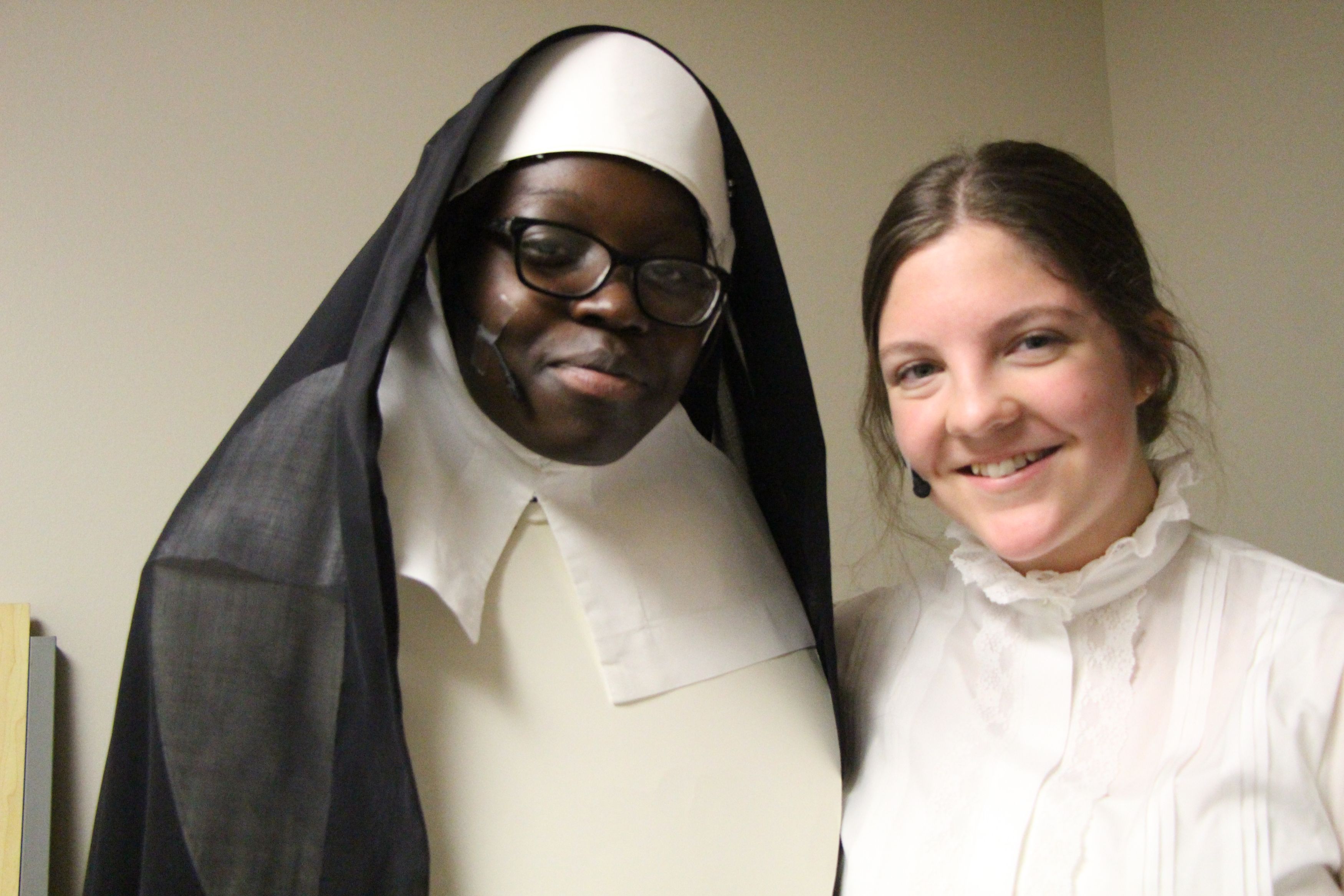 Celebrating Mercy Day on September 24 is a long-standing Mercy tradition. It's the day when we gather for Mass as a school in celebration of the life and work of Mother Catherine McAuley, founder of the Sisters of Mercy. The senior class then treats the entire school to a play that outlines Mother McAuley's good deeds.

Willa Tokporo and Ellen Veys were chosen by their classmates to portray Catherine McAuley, a significant senior honor.