A love of Mercy High School’s mission and a dedication to giving others an opportunity for that education are the inspiration behind Nicole Hahn Jesse ’80 and John Jesse’s long-term commitment to the school.  The couple has lent their considerable talents to Mercy as leadership volunteers, Donors of Distinction, parents, and business advisors.  In honor of their dedication, Mercy High School will recognize the couple at its 2019 FIESTA on February 16, 2019 with its highest award: the Cor Misericordiae Award.  The award reflects the Heart of Mercy: the core values of faith, knowledge, and service that shape each Mercy student. 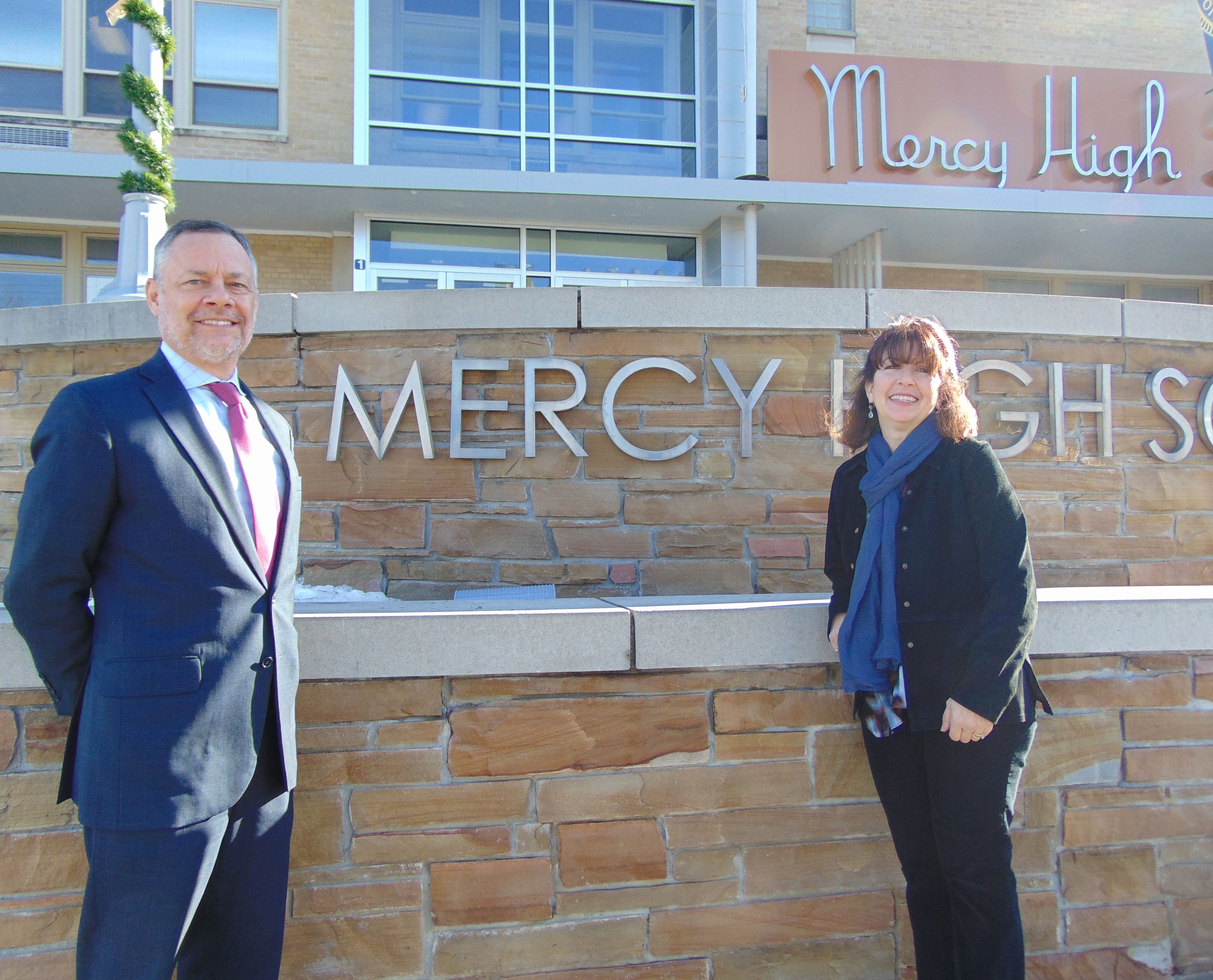 Their Mercy story began with Nicole who attended Mercy and was active in Student Council, theatre, music, speech, and debate.  In fact, she credits Mercy with helping to define who she is.

“When I entered Mercy, I was not very confident.  The school helped me find myself. I truly believe students become confident women there.  My husband and I are committed to making sure other young girls have the opportunity for a Mercy education,” said Nicole.

Powerful women were an integral part of Nicole’s formative years both at school and in her personal life.  Her family founded La Casa Pizzaria, where she now serves as General Manager and Co-Owner.  Her mother and aunt operated the business for many years until they retired.  Nicole has worked at the business all her life and met her husband, John, there when she was a junior and he was a sophomore at Creighton Prep.  They dated throughout college, wed in 1986, and both earned MBAs at the University of Nebraska Omaha.  They have three children.

Nicole was asked to serve on the Mercy's Alumnae Council shortly after she graduated from college.  She also sent her daughters, Madeleine ’12 and Genevieve ’14, to Mercy.  The couple were active parents while their daughters were in school, running FIESTA’s live auction for four years, chairing the 2010 fundraising campaign, and endowing two student scholarships.  Those scholarships honor two former teachers: Sr. Rosemary Floersch RSM, SM ’52 and Sr. Catherine Marie Franey RSM, Mount St. Mary '29.

John, who is the Associate Vice President for Finance at Creighton University, has also served as an Endowment Trustee at Mercy for the past ten years.  Nicole joined the Board of Trustees in 2015 and currently serves as its Chair.

“My wife and daughters, as graduates, are examples of what Mercy brings to the table: an excellent, faith-based education that gives students the opportunity to reach their full potential and make a difference in the world,” said John.

“The Jesses are a remarkable example of members of the Mercy family who give of themselves. They truly deserve this award,” said Sr. Delores Hannon, RSM, President, Mercy High School.