Into the Woods Spring Musical

Mercy High School presented Into the Woods, the James Lapine and Stephen Sondheim Tony-Award winning musical that takes everyone's favorite storybook characters and brings them together for a timeless, yet relevant, piece... and a rare modern classic. The play was April 26-28 at the school. 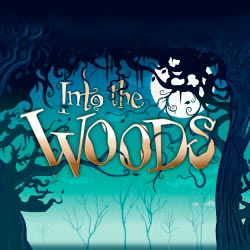 Close to 50 students were involved in this production from the cast to the crew. The cast list is available here. The show featured an ensemble performance requiring strong acting and singing throughout the production.

According to Theatre Director Joshua Von Kampen Mercy benefits from having strong actresses able to play the roles required.

“We have seasoned upperclassmen with years of experience along with promising underclassmen,” he said.

The story follows a Baker and his wife, who wish to have a child; Cinderella, who wishes to attend the King's Festival; and Jack, who wishes his cow would give milk. When the Baker and his wife learn that they cannot have a child because of a Witch's curse, the two set off on a journey to break the curse. Everyone's wish is granted, but the consequences of their actions return to haunt them later with disastrous results.

The set design, a collaborative effort between von Kampen and a team of students, was flexible, allowing the ability to flip from small settings like individual houses to new locations in the woods created on the back.  To add dimension, there were levels and ramps to give the stage depth. The perimeter of the stage was transformed into a forest by and outline of trees.