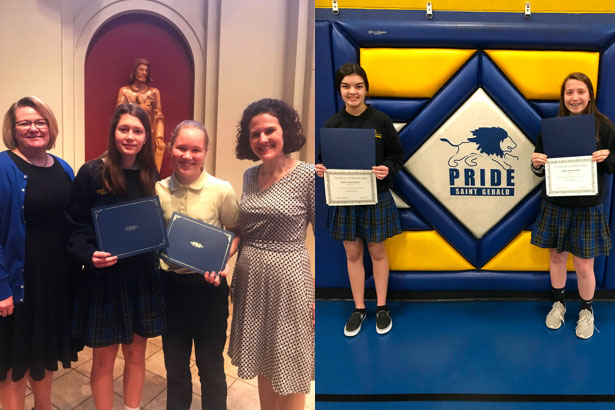 Twelve students from seven Catholic elementary schools received more than $50,000 in scholarships to attend Mercy High School next fall.  Mercy leadership presented the awards on February 11 while visiting the schools the students attend.   Scholarships were based on the results from the Scholarship & Placement Exam taken in January.