The “show must go on” is a familiar phrase to theatre goers and Mercy High School will do just that in their approach to the school’s traditional fall play.  The hybrid schedule of the school, and the need to minimize large groups in proximity, resulted in producing two one-act plays back-to-back, with each performed by groups who attend school on the same days. 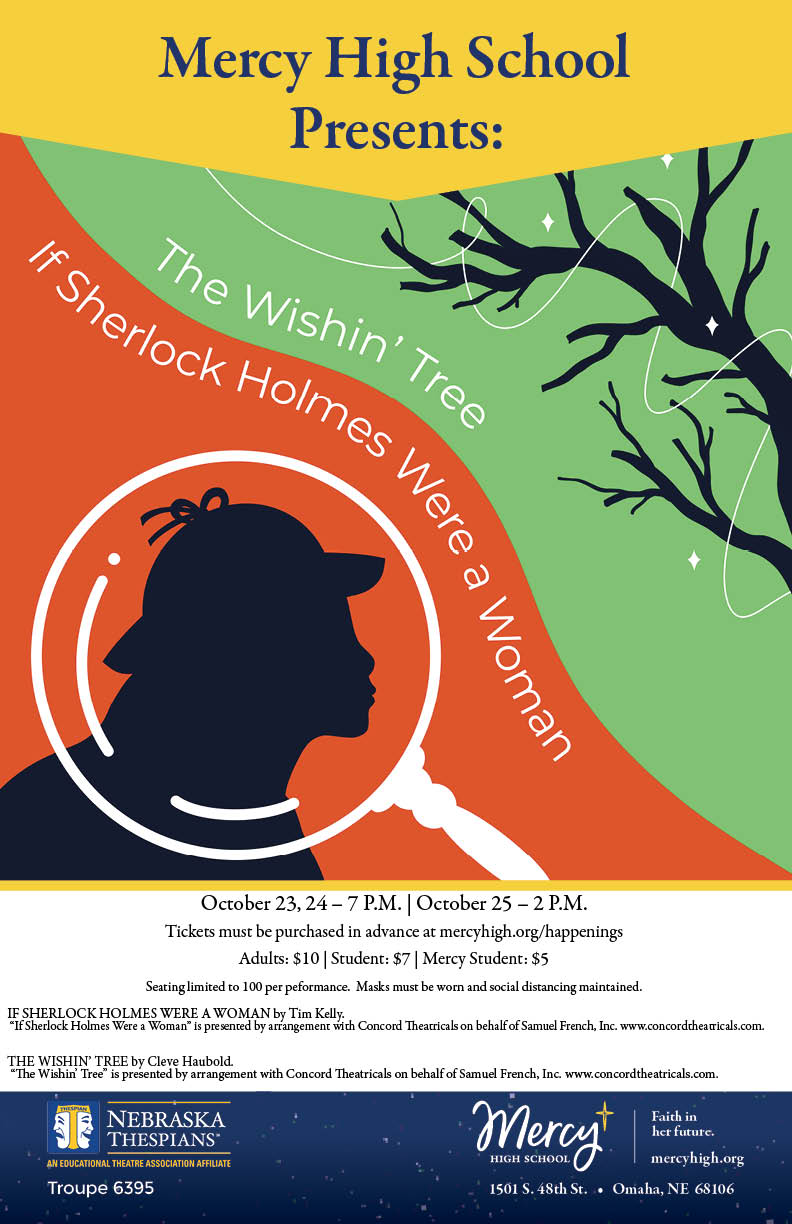 “If Sherlock Holmes Were a Woman” is a hilarious take on the great sleuth’s clever skills of deduction that his overzealous admirer, Shirley Holmes, employs to attempt to solve a mystery in her college housing. “The Wishin’ Tree” is a comedy set in the living room of a widow and her mother in the small Wild West town of Tarnation, Nebraska in 1873. When a strange, voiceless neighbor gifts them with a seed for a tree that grants wishes, it causes trouble among the women of the town.

“Not only does this approach meet the challenges presented by COVID-19, it opened the door to shorter comedies that will provide a much-needed laugh and escape,” said Joshua von Kampen, Theatre Director.

The plays are set for October 23 and 24 at 7:00 p.m. and October 25 at 2:00 p.m. in Franey Hall. Because of audience size limitations, attendees will have to register online ahead of time here. Costs for tickets are $10 for adult, $7 for students and $5 for Mercy students.