Nina Noronha will teach theology and music in the 2020-2021 school     year. Noronha most recently served as a Hall Coordinator at the University of New Mexico, Albuquerque. She has an extensive background in music and was the music director and choreographer for show choir camps at Xavier High School; music director and co-founder of Jaybeats A Capella at Creighton University; President of The University of New Mexico Concert Choir; and judge and clinician for the Best of New Mexico A Capella Festival. 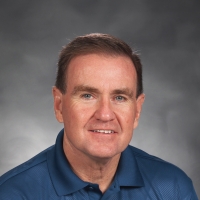 Paul Beran, who currently teaches science, has been appointed as the head cross country coach. He has served as the assistant coach for several years. He joined the faculty in 2017 and has been teaching science for over 30 years. He also coached cross-country, track and football at other schools.

He earned his Bachelor of Science in Education with endorsements in Natural Science, Biology and Physical Education from the University of Nebraska- Lincoln. He holds a Master’s in Education from Peru State College. He will be assisted by Chris Rosenthal, biology/integrated science teacher. 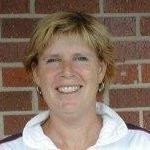 Susan Sloboth has been appointed as the tennis coach. She has been a tennis professional at Miracle Hill Golf & Tennis Center since 1995.  She also served as an assistant tennis professional at Champions Run since 2012. Sloboth holds a Bachelor of Science in Education from the University of Nebraska-Lincoln and has done practicum teaching in both elementary and middle schools.