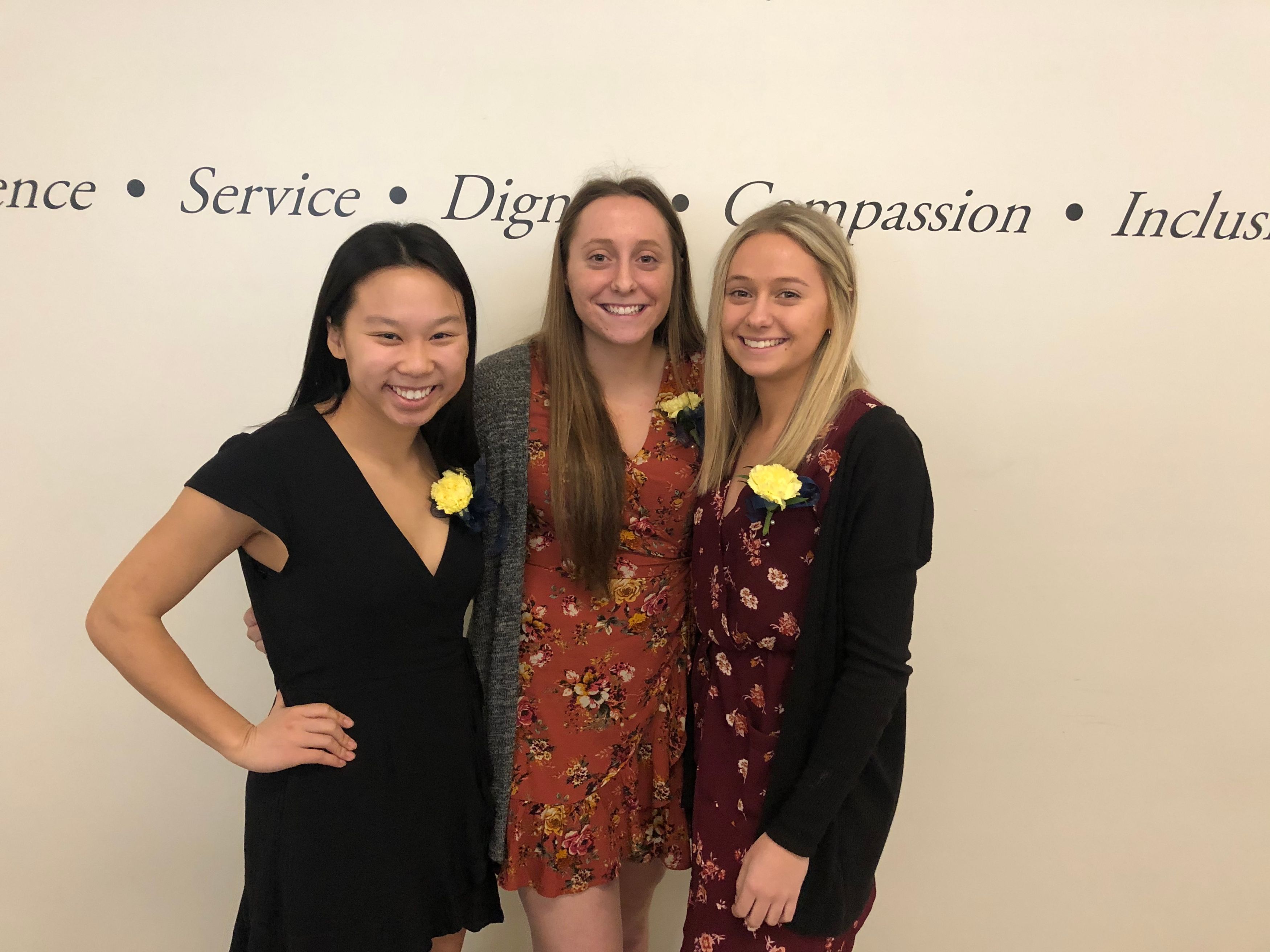 Three Mercy High School student-athletes and a coach were honored at the second annual “Lead Like a Girl Luncheon,” held on February 5 at the College of St. Mary. Taking place on National Girls & Women in Sports Day, the event recognizes Omaha public and Catholic high school female student-athletes who have been nominated in the areas of leadership, character and teamwork as part of the NAIA Champions of Character pillars. There were 32 nominees in total, three of whom were Mercy students and one was a Mercy coach.

Catherynn Barnhart was nominated for the Spark Award.

Sierra Mann was nominated for the Integrity Award.

Summer Mann was nominated for the Trailblazer Award.