Mercy senior Anou Akot has been named one of the 48 Nebraska School Activities Association (NSAA) and U. S. Bank’s Believers & Achievers.  The state-wide awards program recognizes future Nebraska leaders and honors high school students for their excellence in academics and participation in NSAA activities. Students are judged on the following criteria: scholastic achievement (3.5 grade point average or higher), NSAA activity participation, school and community involvement and a citizenship essay. 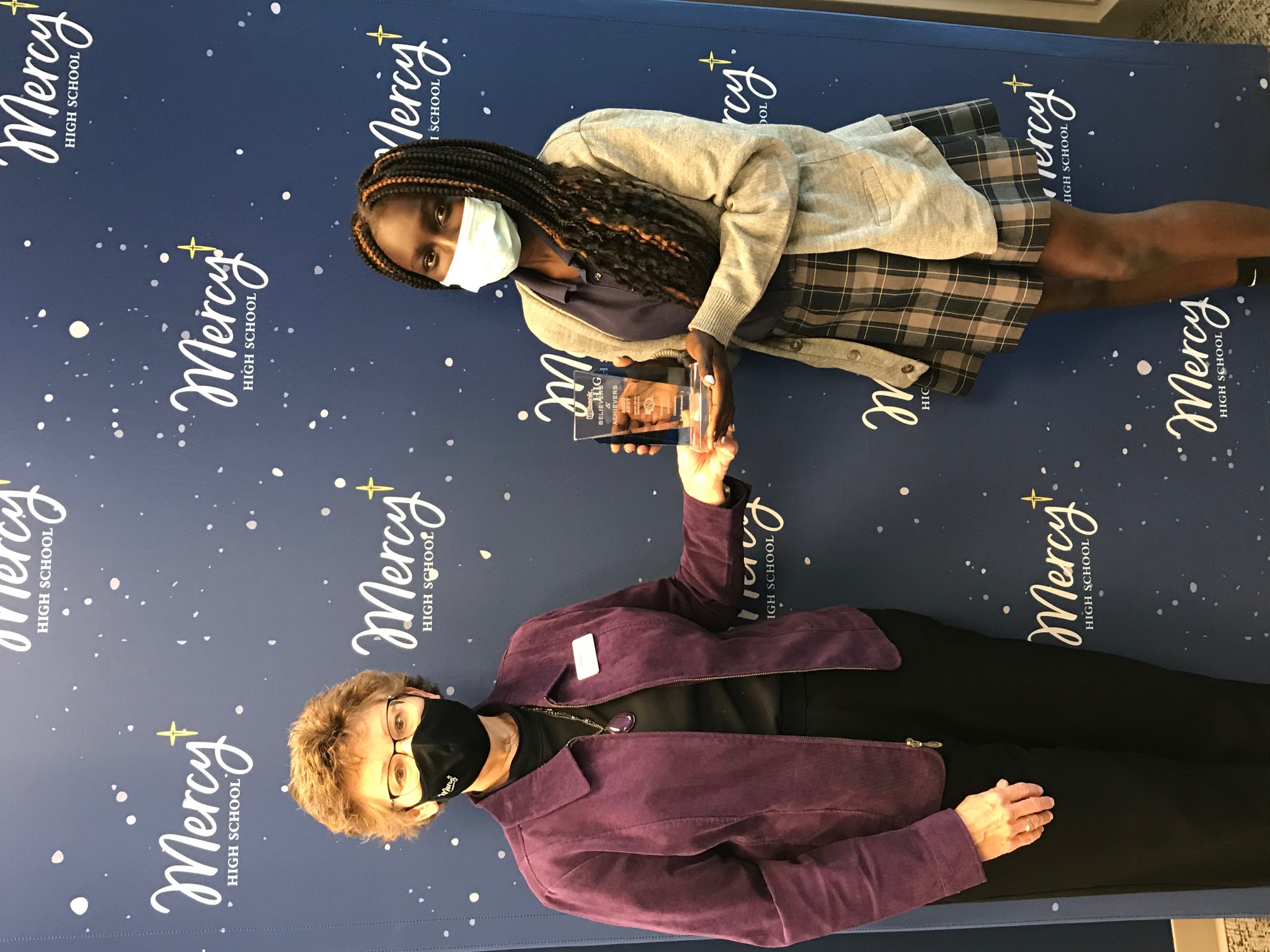 Akot is Senior Class President and is a member of Operation Others and Yearbook Club.  The student athlete has run Cross Country, is a triple jumper in Track & Field and played Basketball all four years. She recently was selected by her class to portray one of two Catherine McAuley’s in the Mercy Day Play. A member of St. Mary’s Church in Bellevue, she also has served as a Student Ambassador for four years. She plans to major in Chemistry and Pre-Med in college.