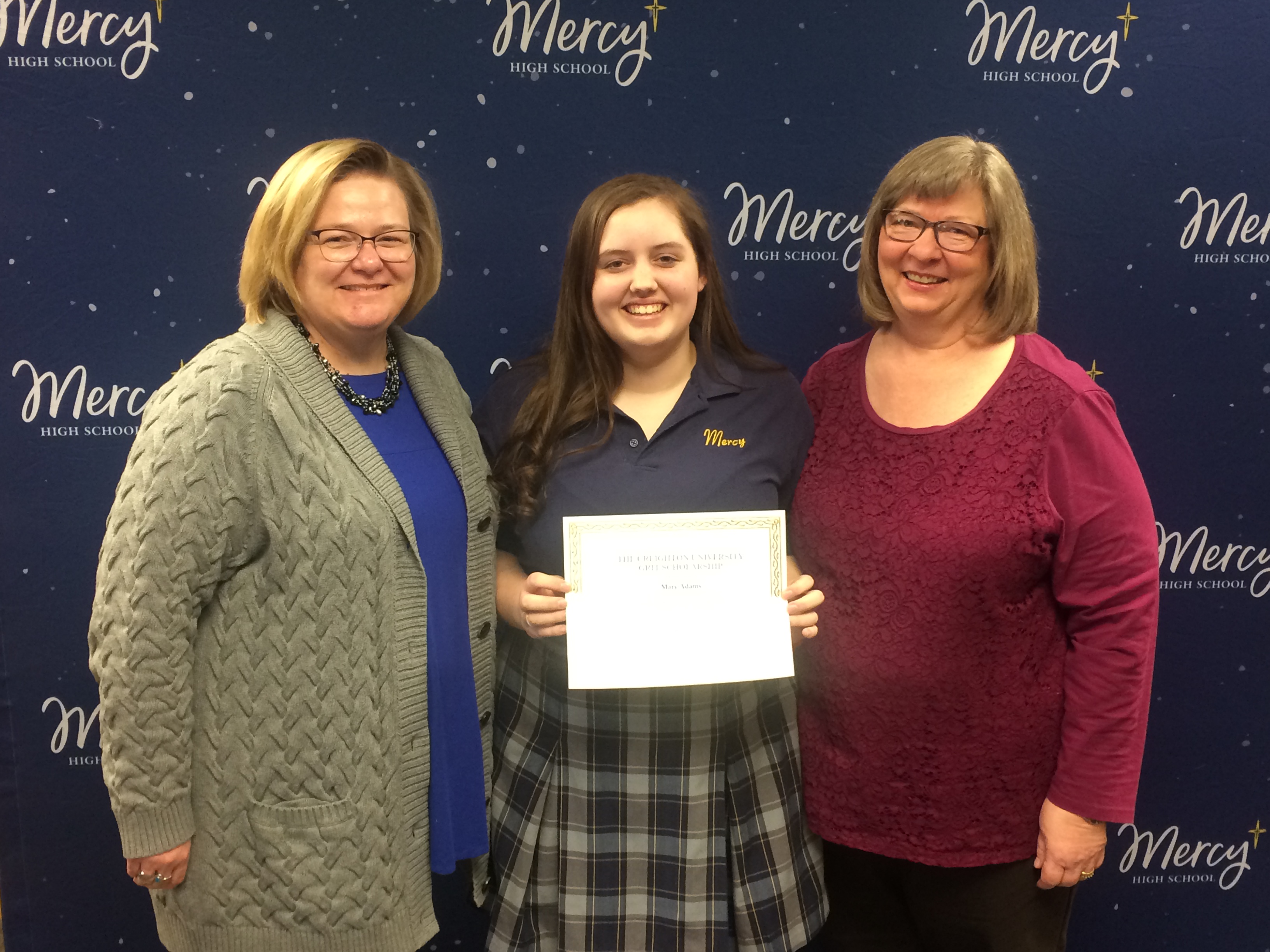 Mercy High School is pleased to announce that M. E. Adams ’20 has been named a Creighton University Grit Scholar. This half-tuition scholarship is funded by the Heider Foundation. She is the school’s second recipient of the scholarship. Mayela Hernandez ’19 received this award last year.