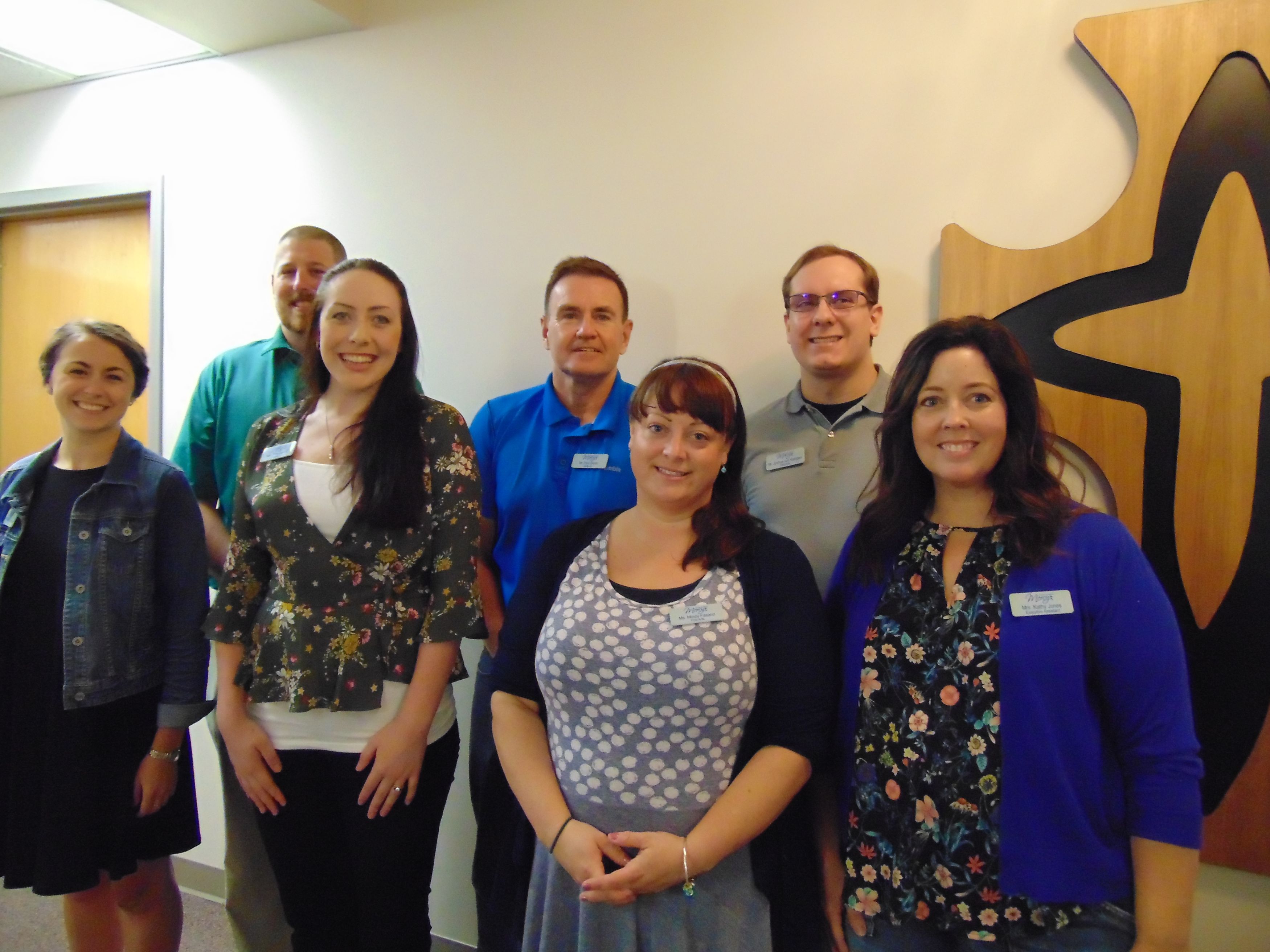 An administrator, five new faculty members and an executive assistant are joining the faculty and staff at Mercy High School for the 2017-18 academic year. They include: Shannon Alt, Mathematics; Paul Beran, Science; Kathleen Daley Jones ’88, Executive Assistant to the President; Mindy Fasano, Music; Christine Gonderinger ’12, Mathematics; Kevin Modrell, Athletic Director: and Joshua von Kampen, Theatre/Drama. They join a faculty of top-notch educators, over 60 percent who have their master’s and are providing individualized attention to students with a 13 to 1 student /faculty ratio.

Kevin Modrell will serve as the school’s Athletic Director, responsible for managing nine sports, coaches for those sports, as well as all athletic events. Bringing a wealth of experience in coaching and teaching, Modrell recently was a Secondary Educator at Papillion La Vista Ideal School and previously a Social Studies teacher. He was a wresting coach in the Millard, Papillion and Conestoga school systems and a golf professional at several clubs.

Two teachers have joined the Mathematics team. Shannon Alt most recently taught Algebra II, Precalculus and Honors Calculus at Archbishop Spalding High School, Severn, Maryland. She also led a writing seminar on ethical research at John Hopkins University, was a Physics Laboratory instructor at the University of California, Los Angeles, a tutor in math, a teaching assistant at the University of California, Santa Cruz and was a student research engineer at the NASA Goddard Space Flight Center.

The second addition to the math faculty is Mercy alumna, Christine Gonderinger ’12.

She most recently taught at Westside High School, had practicum experience both at Bellevue East and Bellevue West High Schools as well as Mercy. She was a math tutor and a religious education catechist at St. Pius X Catholic Parish. Her additional leadership experience includes being a Junior Varsity Cheer Coach at Westside.

Christine earned her Bachelor’s in Math Education from Creighton University, was a member of Alphas Sigma Nu (the Jesuit Honors Society) and Pi Mu Epsilon (the Math Honors Society).

Mindy has taught music for more than 12 years. Most recently she was a vocal/music teacher at Christ the King School. She was also at Our Lady of Lourdes, AHST Elementary Avoca, Iowa and Walnut Community School District. Walnut, Iowa as well as Lewis Central School District, Council Bluffs, Iowa.

She earned her Bachelor’s of Arts in Vocal Music Education, K-12, from the University of Northern Iowa. She is also a member of the Omaha Symphonic Chorus and the National Association for Music Education.

Joshua was a Musical Co-Director at Roncalli High School, directing student actors and the stage crew. He is also the Leader of Music Ministry at the St. John Paul II Newman Center. In addition, he did clinical and practicum teaching at Duchesne Academy of the Sacred Heart, Bellevue East High School and Westside Middle School.

A graduate of the University of Nebraska at Omaha, he earned a Bachelor’s of Science in Education with an endorsement in Language Arts and an additional major in English.

Paul Beran, Science, has been teaching Science for over 30 years most recently at Papillion Senior High School. Additional teaching appointments include Papillion La Vista Junior High School and Ansley High School, Ansley, Nebraska. He also coached cross-country, track and football. He has been honored as a “teacher of the quarter” several times in Papillion.

Mercy graduate Kathleen Daley Jones ’ 88, will serve as Executive Assistant to the President of Mercy High School, Sr. Delores Hannon, RSM. A mother of six, her daughters, Abi, a senior, and Clara, a freshman, attend the school and Erin graduated last year.

She holds a Bachelor’s of Arts in Speech Communication from the University of Nebraska in Lincoln and was the Recruitment Director for the school from 1995-1999.