One of the most beloved traditions at Mercy High School is Mercy Day, the day that celebrates the life of Catherine McAuley, the founder of the Sisters of Mercy, and the 1827 opening of the House of Mercy in Dublin.  On September 24, there was a Mass, seniors presented a play to the student body depicting Catherine’s life, and they visited Mercy Villa in Omaha where many of the retired Sisters now live.  A highlight of the play was the unveiling of the seniors who portray Mother McAuley. This is one of the biggest honors students can receive and is voted on by the senior class.

The event was streamed live on Facebook and Mercy graduates throughout the country watched the broadcast and celebrated the special day. 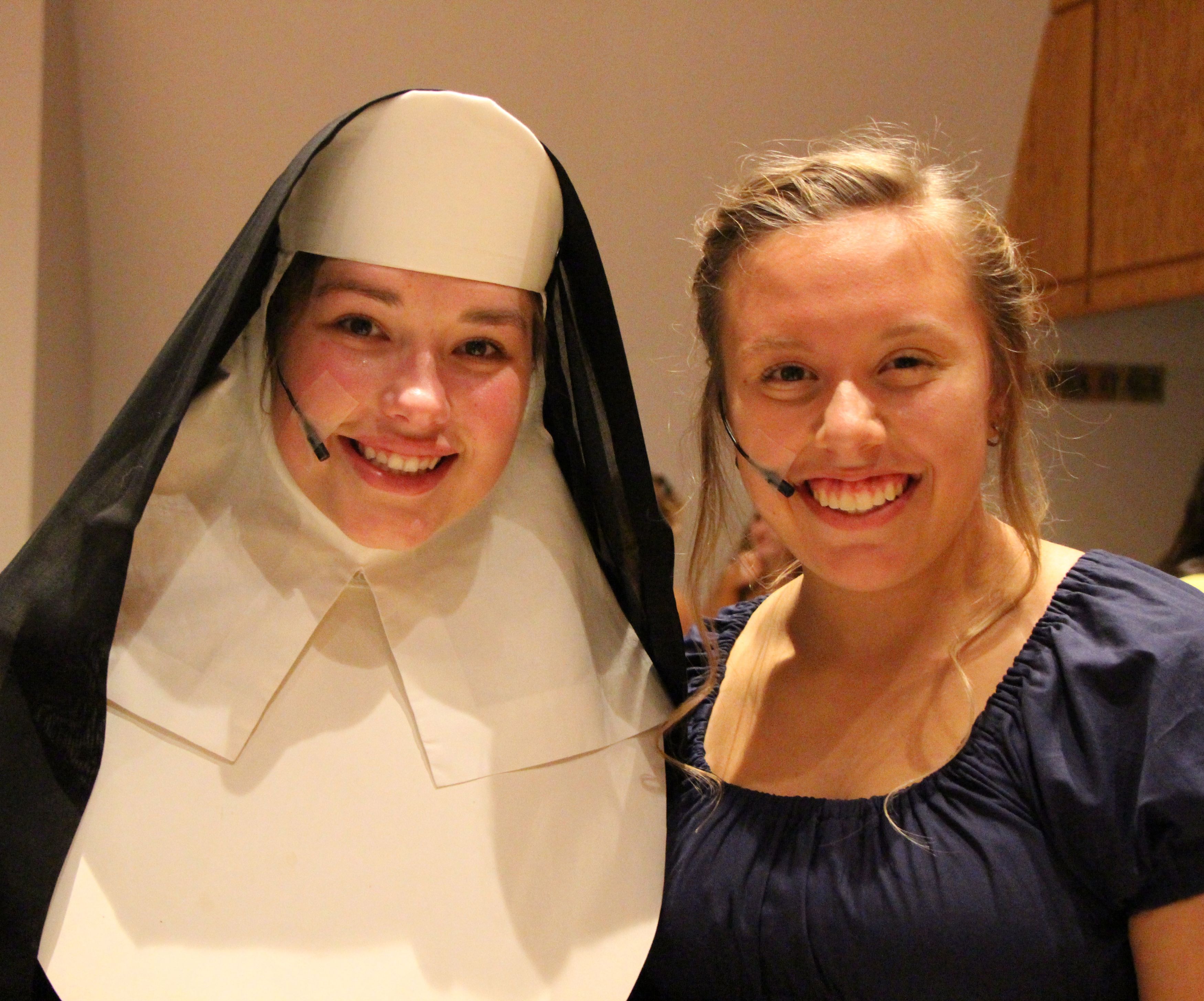 This year’s two Catherine McAuleys were Madeline Riesberg, who served as the narrator of the play, and Katie Geist, who portrayed the younger Catherine on stage.

Madeline is a member of Student Council, National Honor Society, Pastoral Council, and runs Track and Field.  She has been on the Core Team of Operation Others for two years.  During her sophomore year, she was on the Nocturne Court and during her junior year, she was on the Prom Court.  Madeline is a member of St. Gerald’s Parish. Her older sister, Makayla, graduated from Mercy in 2013 and her younger sister, Megan, is a current freshman.  She hopes to go to veterinary school or study neuroscience in college.  She works part-time at a vet clinic.

“This is one of the biggest honors I have ever received in my life.  I am humbled by the fact that my classmates chose me,” Madeline said.

Katie participated in Volleyball and Track.  Last year, she set a new school record in discus, throwing 111 feet and 7 inches.  She is a Student Ambassador, a member of National Honor Society, Pro Life One Club, and Board Game Club.  Katie is a Mercy High Singer and also plays the flute, sometimes accompanying the Mercy High Singers on her flute.  She was also a princess on the Nocturne Court.  She recently was inducted as an EMHC and is a member of Pastoral Council.  The Mary Our Queen parishioner is also part of a Mercy legacy.  Her mother, Sandra Kuncl Geist, is a graduate of the Class of 1989 and her sister, Ellie, is a freshman.  She is currently looking at attending a Catholic college and has not decided on a major. 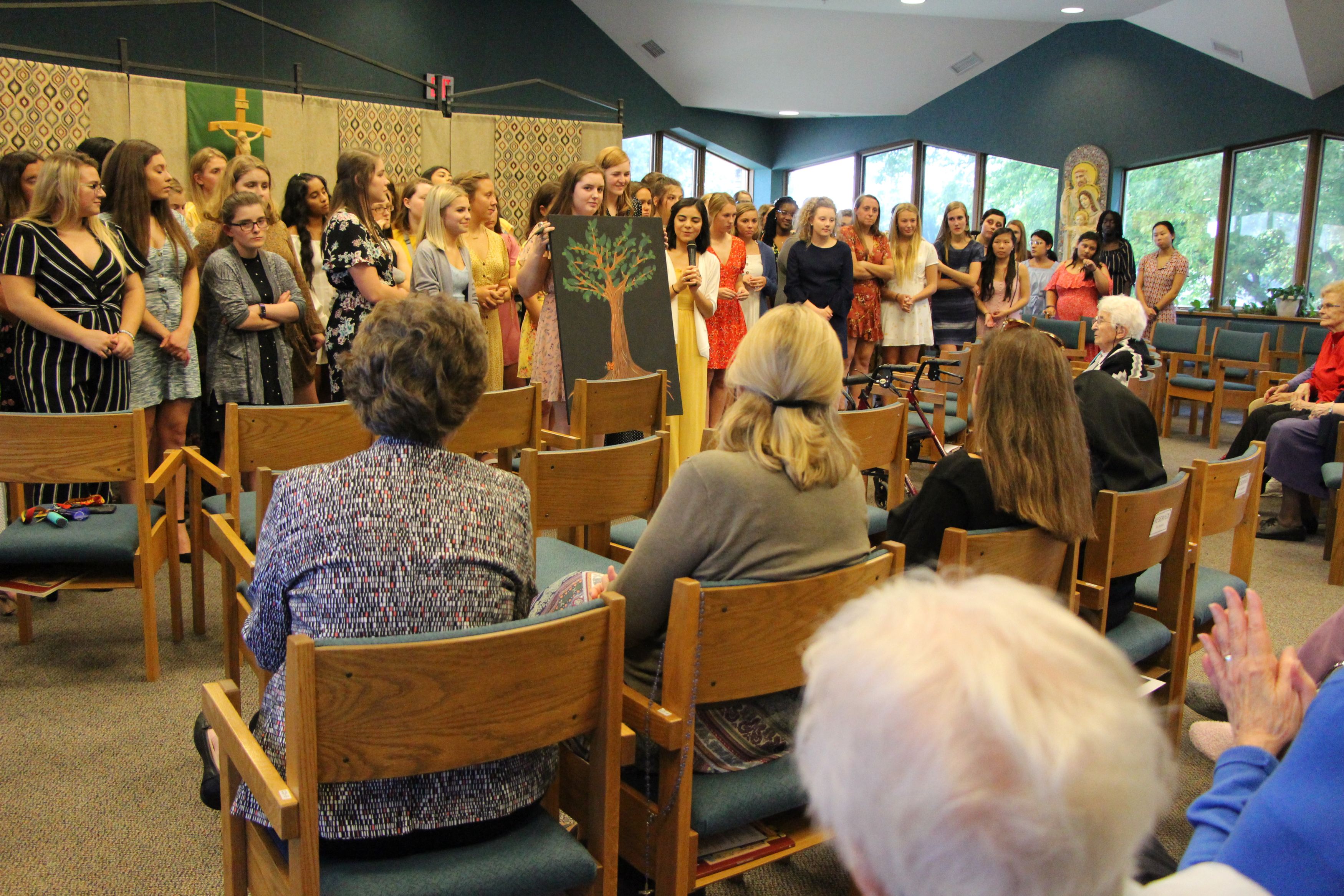 “I was in complete shock when I was chosen.  I hope I can live up to the honor my classmates have bestowed on me,” Katie said.