Passion in Our Nation's Capital

Malinda Frevert ’07, currently works in our nation’s capital and witnesses first-hand the importance of women in leadership roles. Attending Mercy gave her the perspective that women can and should lead and work together to make things happen.

As Deputy Digital Director of the Democratic Senatorial Campaign Committee, she oversees the email program, the organization’s social media strategy, and other digital efforts. 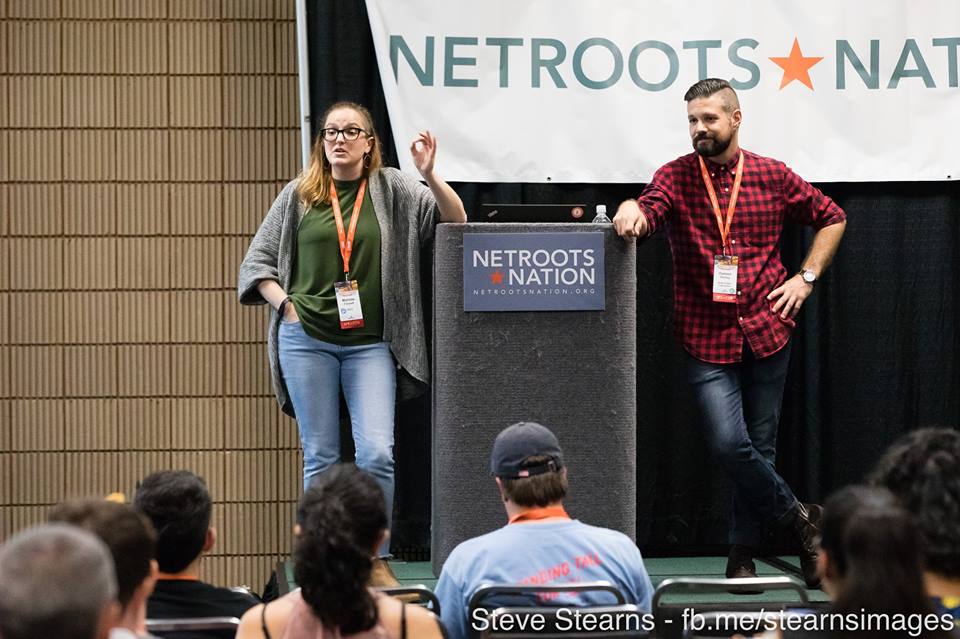 D.C. might be a long way from Omaha but her love for politics and our nation’s capital, actually began during her years at Mercy.

“I remember in U. S. History, we watched episodes of The West Wing, where I saw  Allison Janney playing Press Secretary CJ Cregg.  She was smart, unafraid to speak her mind, and had a major impact on her coworkers but also the country. I wanted to be her,“ she said.

Malinda decided to go to Mercy because she wanted to be academically challenged and her parents wanted her to attend a Catholic School.

“When I shadowed I recall how everyone was welcoming and friendly.  I also talked with Ms. Jaworski, and she said although the classwork wouldn’t be easy, it would also be at a place where the teachers and my classmates would help me grow, “she added.

While at Mercy she was involved in theatre, served as president of the International Thespian Society her senior year, participated in speech and even received a 6th place in Nebraska State Speech.  She was also a member of National Honor Society and credits the school for teaching her how to write – whether it’s research papers for English class, fundraising emails, and tweets.

“I believe one of the most important skills Mercy taught me was to be a good writer.  Initially, I wanted to be a press secretary, but throughout my career effectively telling stories has been one of my keys to success,” she said.

Malinda graduated from Nebraska Wesleyan in 2011 with a degree in Political Communication.  Part of that course of study was an internship in D. C. with CNN.  In 2013, she moved to the D.C. without a job.  She eventually joined a women’s rights group called UltraViolet where she organized to raise awareness and hold universities accountable for sexual assaults on campus.   She also worked on a gubernatorial campaign in Ohio and served as email director focused on electing Democratic women to all levels of office.

“At Mercy I also gained my passion for activism and social justice,” she said.

She still regularly visits her family and friends in Nebraska and remains close with many of her classmates.

“I try to live up to Mother McAuley’s example.  I am committed to empowering women  to make a difference in the world, whether that’s casting their votes, marching in the streets, or putting their name on the ballot themselves.  Women are powerful, we look out for each other, and we can change the world – Mercy taught me that,” she said.