They say the family that plays together stays together.  For the Neuberger family, sports, especially softball, was a passion that the girls, who are all Mercy graduates, shared.  You might say it is in the genes.   And they passed their passion down to their daughters who attend Mercy now and play on the softball team.

It is not surprising that all four Neuberger girls attended Mercy and played sports.  Their mother Patti Lyman Neuberger ‘62, loved the school and encouraged them to attend.  But the biggest sports influence was their dad, Joe, or Pappa, as he is affectionately called, who was an All American at the University of Nebraska at Omaha (UNO) and was a coach at Omaha South and Bishop Ryan High Schools.  He even had a tryout with the San Francisco Giants baseball team.

“I think Dad did not know what else to do with four girls, other than share his love for sports with us,” said Sarah. 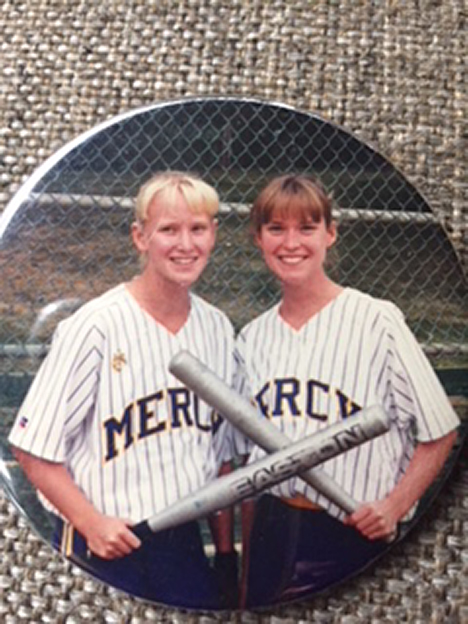 Sarah Neuberger Coniglio ’96 played softball, basketball, soccer and ran track while at Mercy.  She played catcher and third base on the softball team and still holds the record at Mercy for the most stolen bases in a season.   She also was involved in National Honor Society and Campus Ministry and is very appreciative of her years at the school. She was on the state championship softball team her freshman year.

“At Mercy I was part of a small community where students receive individual attention from caring teachers,” she said.

When she graduated she went on to attend Quincy University where she also played softball.  She earned a bachelor’s in Psychology in 2000 and received her Master’s in Social Work in 2001 from UNO.  She currently the supervisor of the Right Turn Program at Lutheran Family Services.

Her daughter Clare is a freshman and plays left field.  She is a member of Golden Girls and hopes to play basketball this fall. 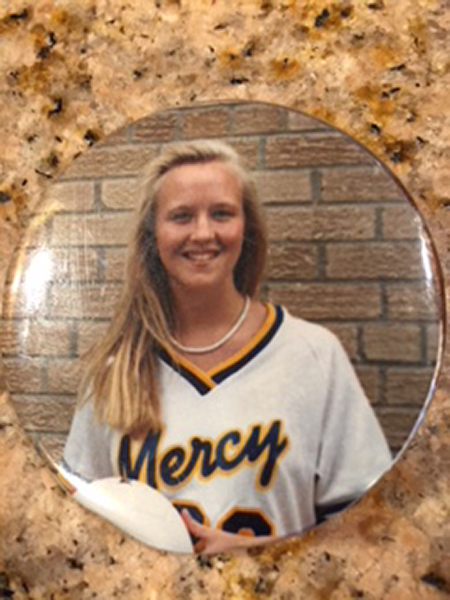 Sarah’s older sister Meg Neuberger Lee ’93 played soccer, basketball and volleyball while at Mercy and was a pitcher on the Mercy team that took the state championship in 1993.  She was an All-State Captain that year.  She went on to study Exercise Science and play softball at Wayne State.  She currently teaches Pilates.

“Mercy teaches you structure and discipline, which is especially important as you transition from high school and embark on the rigors of college,” she said.

Her daughter, Rena is a sophomore and is following in her mother’s footsteps as a pitcher.  She is a Student Ambassador, a class officer and is active in theatre.

Meg’s sister Jenny Neuberger Sims ’90 played basketball, soccer and softball as a club sport.  It did not become a sanctioned sport until 1992.

“I remember being nervous about my preconceived notions of a Catholic school. What I found at Mercy was a tightness, sisterhood and comradery with my classmates that remains today,” said Jenny.

After graduation she played college softball at a junior college and then went on to play at Western Illinois in Macomb.  She was a pitcher and outfielder and earned a degree in Education.  Currently she is a self-employed stylist.

Her daughter Hannah is a freshman and is a catcher.  She is a member of Golden Girls and hopes to play basketball.

“I like the team aspect of playing softball.  You not only have fun, but you are working towards a common goal,” said Hannah. 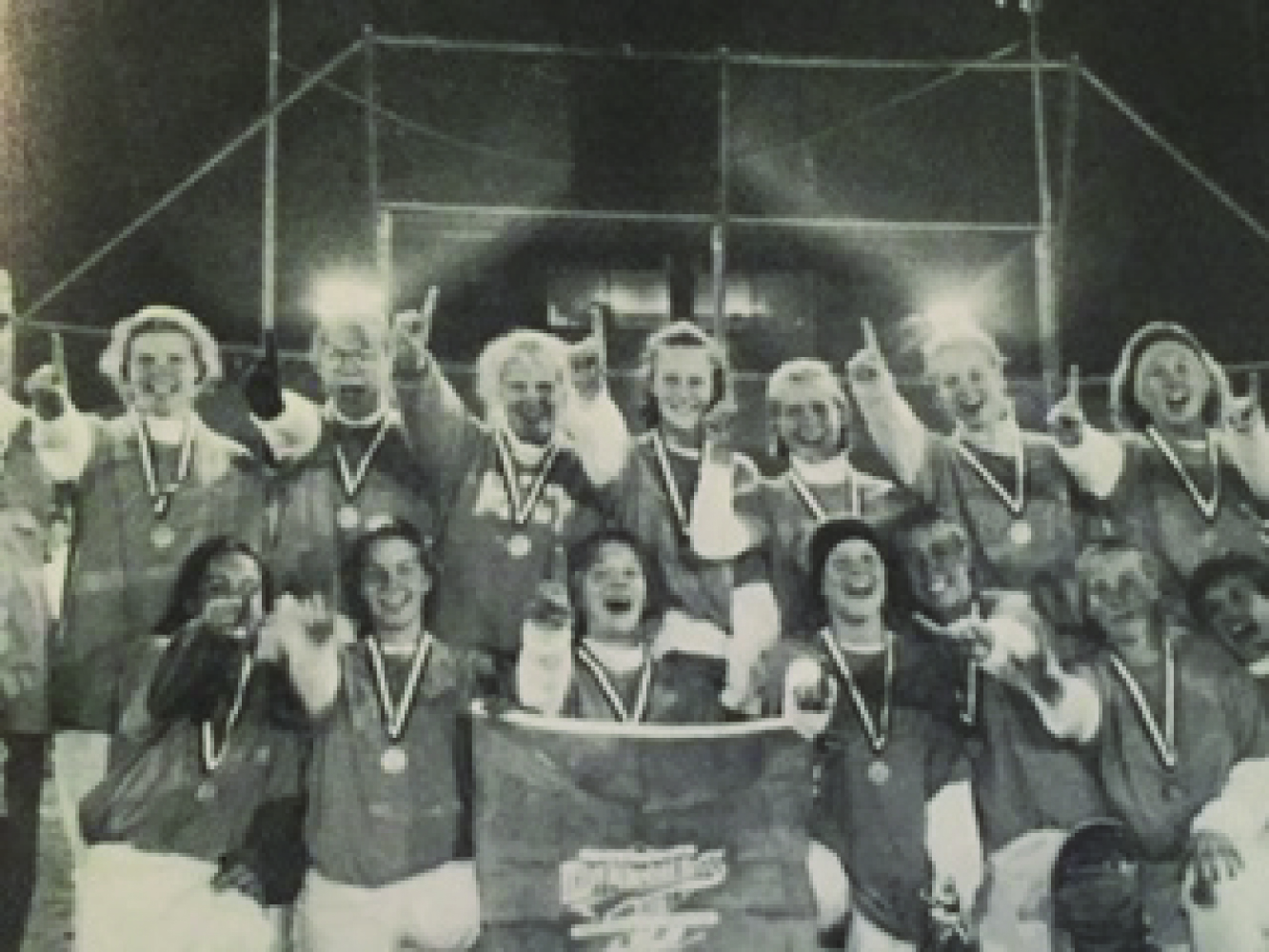 All three alumnae agree that Mercy had a profound effect on their lives.

“Mercy is doing something right and we knew we wanted our daughters to go here.  The entire faculty and staff are vested in the girls making sure they reach their full potential,” said Sarah.