Three Mercy High School seniors have received the prestigious Heider Foundation Grit Scholarship to Creighton University. This is the highest number of Mercy recipients for this award since the award’s inception. The half-tuition scholarship recognizes students who have a high aptitude to succeed but whose talents are not evident when measured by the standard academic metrics used to qualify students for significant merit scholarships at Creighton University. The scholarship winners were Anou Akot, Stephanie Hernandez and Erin Schartz. 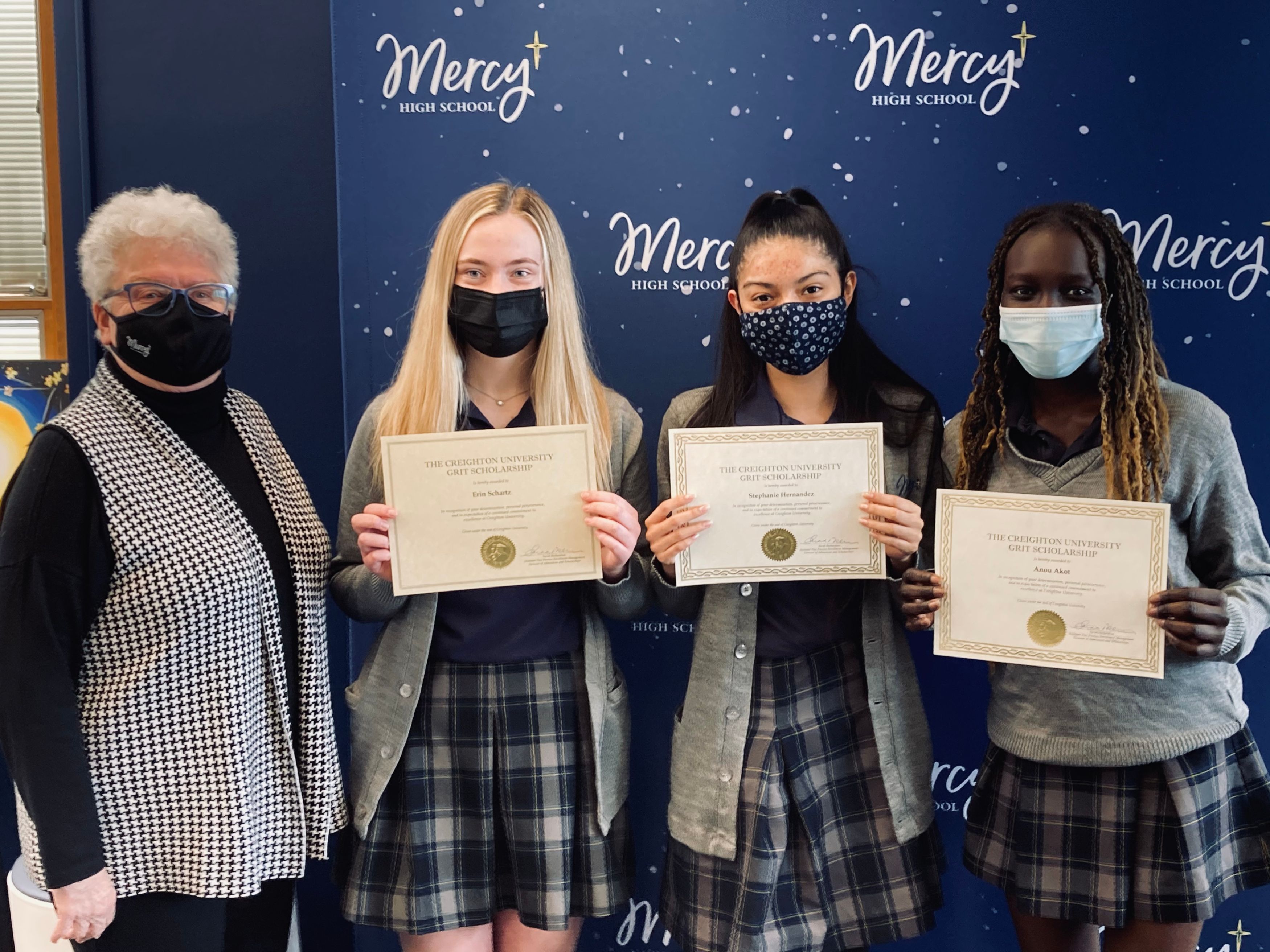 Student-athlete Anou Akot was recognized earlier this year as one of the 48 Nebraska School Activities Association (NSAA) and U. S. Bank’s Believers & Achievers. Akot is Senior Class President and a member of both Operation Others and Yearbook Club.  She has run Cross Country, is a triple jumper in Track & Field and played Basketball all four years. Last September she was selected by her class to portray one of the two Catherine McAuleys in the Mercy Day Play. She has served as a Student Ambassador for four years. Anou plans to major in Chemistry and Pre-Med in college.

Stephanie Hernandez is a first-generation American and a first-generation college-bound student. Stephanie created Abriendo Puertas, “Opening Doors,” at Mercy. It focuses on bringing services to the Hispanic community and cultural awareness to the school community. Beyond Mercy, Stephanie participates in a Folklorico dance troupe that shares the traditional Mexican dance with the greater community. As a bilingual student in Spanish and English, Stephanie hopes to work in dentistry in the future.

Erin Schartz is this year’s National Honor Society Secretary and is involved in many other activities.  She is a Core Team member of Operation Others, has been a Student Ambassador for three years, is a member of FBLA and is currently the Vice President of the Refugee Empowerment Club. Erin has been on the golf and tennis teams, is a certified nursing assistant and works part time. She plans to study Nursing in college.